When did people start to eat out?  When the restaurant as we know it today actually came into being? Join us by whetting your appetite with an April Cocktail – The Lion's Tail -- from the first true restaurant in London, the Café Royal, published in its book of cocktails in 1937.  Our hour together with be an illustrated talk with emphasis on the US and England with ample time for discussion. He presented a similar evening at the English-Speaking Union in Pinehurst in February.

The longer story is told in the book Dining Out, a collaboration between Katie Rawson and your presenter on April 6, Elliott Shore. Katie is a scholar of (US) Southern foodways, Elliott has written on a variety of historical topics. He is a Philadelphian who has lived in London – he has a degree from the London School of Economics – Tokyo, Taipei, Taiwan and in Cologne, Germany.

An excerpt from a New York Times review by Florence Fabricant: "Unlike many books that delve into the history of restaurants and begin with France (or wayside taverns elsewhere), the academics who have written "Dining Out," a compelling volume, start in the Bronze Age. Their definition of a restaurant is elastic, referring to places where strangers might have gathered to eat and drink, including the symposiums of ancient Greece." 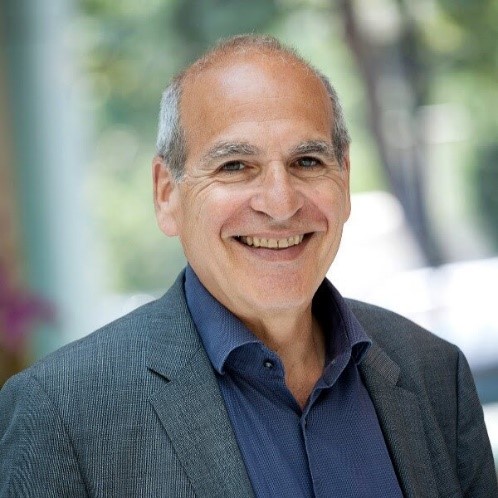 Elliott Shore is an historian, librarian, and chief information officer. He has published books and articles in the history of advertising, the history of publishing, of radicalism, of German-America and of restaurants. He has had leadership positions at the Institute for Advanced Study in Princeton, Bryn Mawr College and the Association of Research Libraries – the latter a nonprofit organization of 124 research libraries at comprehensive, research-extensive institutions in the US and Canada that share similar research missions, aspirations, and achievements. He was instrumental in the rebuilding and restoring of two historic libraries in Philadelphia: the Annenberg Research Institute's Library (formerly Dropsie College, now part of the University of Pennsylvania) and the Joseph Horner Library of the German Society of Pennsylvania. He has helped to establish a Postdoctoral Fellowship Program at the Council on Library and Information Resources (CLIR) that has helped more than 200 recent Ph.D.'s to begin hybrid career roles in the academy and is co-dean of the Leading Change Institute.

The Lion's Tail first appeared in "The Café Royal Cocktail Book," which was published in 1937. But it's likely the drink was born during Prohibition, when onerous laws couldn't keep thirsty denizens from partaking in illicit concoctions. The book was published in London, but many believe the cocktail was created by an American. Their reasoning: The drink's name refers to the saying "twisting the lion's tail," a phrase that describes provoking the British, whose royal coat of arms features a lion.

Featuring bourbon, allspice dram (a liqueur made with rum, pimento berries and spices), fresh lime juice, simple syrup and aromatic bitters, the Lion's Tail is an unusual drink that nearly slides into Tiki territory. But for all its talent and charm, the cocktail was forgotten for decades, resurfacing in the late-aughts thanks to the timely confluence of literature and product availability.
Allspice dram lost favor after the mid-century Tiki boom and then disappeared from circulation altogether in the 1980s. That changed when St. Elizabeth Allspice Dram arrived stateside in 2008. This Austrian-made liqueur hit the market one year before the updated release of Ted Haigh's "Vintage Spirits and Forgotten Cocktails," an important tome that heralded the return of many obscure and buried drinks, including the Lion's Tail.

Once bartenders had a recipe and the missing ingredient to work with, Lion's Tails began popping up at bars all over the country. It's easy to see why: The drink is rich, spicy and aromatic and appeals to fans of both the Daiquiri and the Whiskey Sour. It leans heavily on the allspice and Angostura bitters without overpowering the bourbon, the lime adds a hint of tartness, and the simple syrup lends balance. This is one Lion's Tail you'll want to twist time and time again.