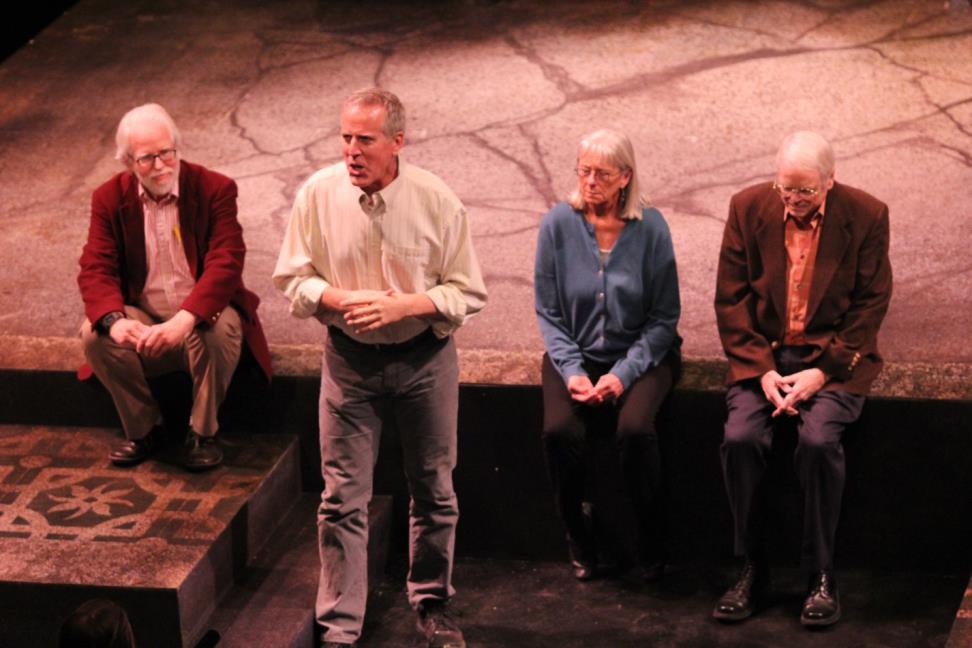 Distinguished Professor Fred Keifer:  "When reading Shakespeare all one needs to keep in mind is that 'Character is language, and language is character.'"

Professor Bobbi McKean; "Don't forget that the words are most important." She used her own experience of learning that "My emotions would drown out the words."  Be careful not to do that.

Professor Tom Willard emphasized punctuation and pauses.  Make the pause; language is all about the pause, the punctuation; in Shakespeare any punctuation informs us about the character.

Assistant Professor David Morden, a professor of Voice and Movement at the University of Arizona, yearly writes detailed comments to each student. His prefatory statements to his comments are worth a permanent place on our Website:

TO ALL PARTICIPANTS:  Once again:  "Bravo!"  In the past, I have reflected on the genius of Shakespeare.  One of the reasons I am such a fanatic is not only the fact that he wrote of the human condition in a way that is still relevant and immediate today – four hundred years later – but that he structured his verse in a way that I, as a director or actor, can understand his original intentions.  I know how to play a scene by how Shakespeare manipulated the language.  He gives us clues and prompts by either making the verse even and regular or disjointed and un-rhythmic.  At times, he even indicates movement and stage business.  He was the absolute master at how to produce an emotional response by how he used the sounds of English – not to mention his amazing ability to coin new words to describe a moment; words that are still in our lexicon today.  So, when I work on a Shakespeare play, I hear his voice echoing across four centuries and I get to experience the power and impact of his stories straight from the author's brain.  You are now a part of this work and are among the privileged few who have also had this experience.  Please treasure this competition and what you have accomplished.