Ms. Smith currently chairs the Financial Services Business Development Committee, a twelve person group appointed by Cabinet to advise the Premier's Office on the promotion of financial services as well as on new international business opportunities for the territory. She is also the co-chair of the Health and Wellness Committee and a member of the Road Town Development and Management Committee. Most recently, Ms. Smith accepted an assignment from the Government of the Virgin Islands (British) to promote the territory's interests in Asia by launching BVI Asia House in Hong Kong.

A Very British Murder: The Story of a National Obsession 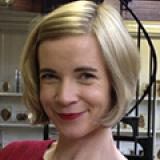 Lecture A Very British Murder:
The Story of a National Obsession

Dr. Lucy Worsley, has a degree in history from Oxford and a doctorate in architectural history. Currently, she leads a team of 14 curators who are responsible for five Historic Royal Palaces including the Tower of London, Hampton Court Palace, Kensington Palaces, the Banqueting House and Kew Palace. She was formerly an Inspector of Historic Buildings for English Heritage and has published guidebooks and articles on a range of English country houses.

Her most recent BBC series and book, on which her lecture is based, A Very British Murder, examines the "morbid national obsession" with murder and was published in 2013.

For More Information or to Purchase Tickets:
Click Here

Distinguished British journalist, politician and poet Martin Bell visited Chicago for a luncheon and talk on November 7, 2013. The Chicago Branch was pleased to welcome "the man in the white suit" for a special afternoon and hear Mr. Bell tell his firsthand accounts of war reporting. 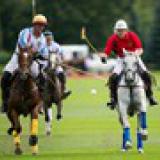 Check back for summer 2014 date

The Baroness Thatcher and the ESU

"I am a staunch believer in the English-Speaking Union and the ideals for which it stands.  There is simply no other group that does the same good work in bringing together the English-speaking peoples."

Her connection to The English-Speaking Union of the United States began in the 1960s when, as a young back bencher she made a tour of several American ESU Branches.  Her tour included the Houston Branch where she met for the first time and was introduced at the dinner by George H.W. Bush.  She would remark later that that early tour helped form her impression of America and its people.

She served as Vice-President of The English-Speaking Union of the Commonwealth from 1975 – 1990.