"Debating in the ESU NYDL was one of the highlights of my students' year. The ESU NY Debate League has been exceptionally welcoming and kind to us, and we are so appreciative of the high quality tournaments we were part of this year . . . they chose great topics, and created an environment where even in the most difficult situation imaginable, the kids were able to have high quality, spirited debates."

REMINDER: EACH SCHOOL MUST PROVIDE ONE JUDGE FOR EVERY TWO TEAMS.
Can you host a debate at your school during the 2022/2023 season? Email us at debate@esuus.org.

Topics for the March 4th Tournament:

Topics from the April 30th, 2022 Championship Tournament Were:

topics fROM THE MAY 2021 CHAMPIONSHIP 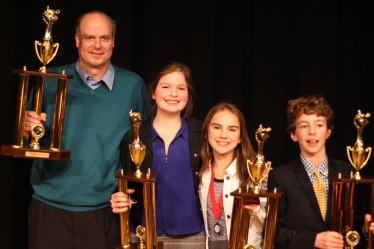 The ESU is pleased to share today's The New York Times article, "A Diverse Mix of Pupils, Learning Civilized Dissent," featuring the ESU Middle School Debate program's New York Debate League. Now in its fourth year, the program, designed to help young adolescents develop critical thinking and language arts skills through public speaking, has reached more than 2,300 students in grades 5 to 8 in New York and New Jersey. There are nearly 900 individual debates through this program annually.

The article underscores one of the Middle School Debate program's strengths—bringing together students from various backgrounds that, as Brianna Scott (a seventh grader at Success Academy Harlem West) says, "prepare[s] you to go out into the world."