A Message from the Jackson MS Branch President

Welcome to Jackson, Mississippi Branch of The English-Speaking Union!

We are an enthusiastic group of Angliophiles trying to fulfill the mission of our international organization to improve the relationship among English-Speaking peoples.

We meet two or three times a year to hear a wide variety of topics related to our common heritage.

Samantha Yates, Mississippi School for the Arts, Brookhaven, MS, was runner-up. Samantha's teacher is Dr. Robert Brooks.Kanesha Banks, Ridgeland High School, Ridgeland, MS and Kendrell McGravey, WINGS homeschool group, Gulfport, MS, also participated in the state competition. Kanesha's teacher is Leah Ellis and Kenrell's is Leah Ellis. The Jackson Branch appreciates the 118 students who competed at the school level and the teachers who mentored them and organized the school level programs. The winner, Martha Langford, will participate in the National Competition in New York in April. 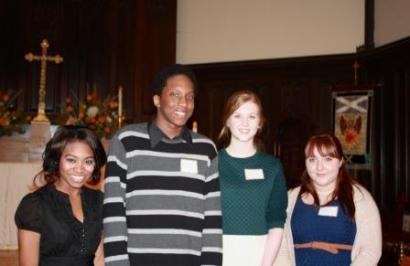