On March 4th, students from thirteen New Jersey high schools assembled on the stage at Brookdale Community College's elegant Performing Arts Center for a competition that challenged their intellects and acting skills, the 27th annual Shakespeare Competition for high school students sponsored by the Monmouth County Branch of the English-Speaking Union.  The winner will go on to a national competition at Lincoln Center in New York (scheduled for April 29 - May 2, 2017), where the top prize will include an all-expenses paid scholarship to attend the American Shakespeare Center's Theater Camp in Staunton, VA, Summer 2017.

Each teen performed a sonnet and a speech from one of Shakespeare's plays, without costumes or props.  Their audience included teachers, parents, and members of the ESU, as well as four theater professionals who served as expert judges.

Third place went to Michael Aron from Neptune High School for his nuanced representation of Shylock from The Merchant of Venice.  Second place was taken by Justice Benjamin from Bloomfield Tech. for his dignified and outraged Coriolanus, from the play of the same name.

First place went to Samantha Siriani from Red Bank Catholic High School, whose portrayal of Helena from All's Well That Ends Well vividly conveyed both the exuberant joy of young love and the fearful insecurity that she might be found unworthy.

Samantha will enter the National competition at Lincoln Center on May 1st, but you needn't go so far see her.  She, Justin, and Mike will be invited to reprise their performances at Bingham Hall in Rumson, on April 23rd at 3 pm, when the ESU will host a Spring Tea, open to the public.  Join us there for refreshments and to see these excellent young people act!  For details call 732 747-6813. 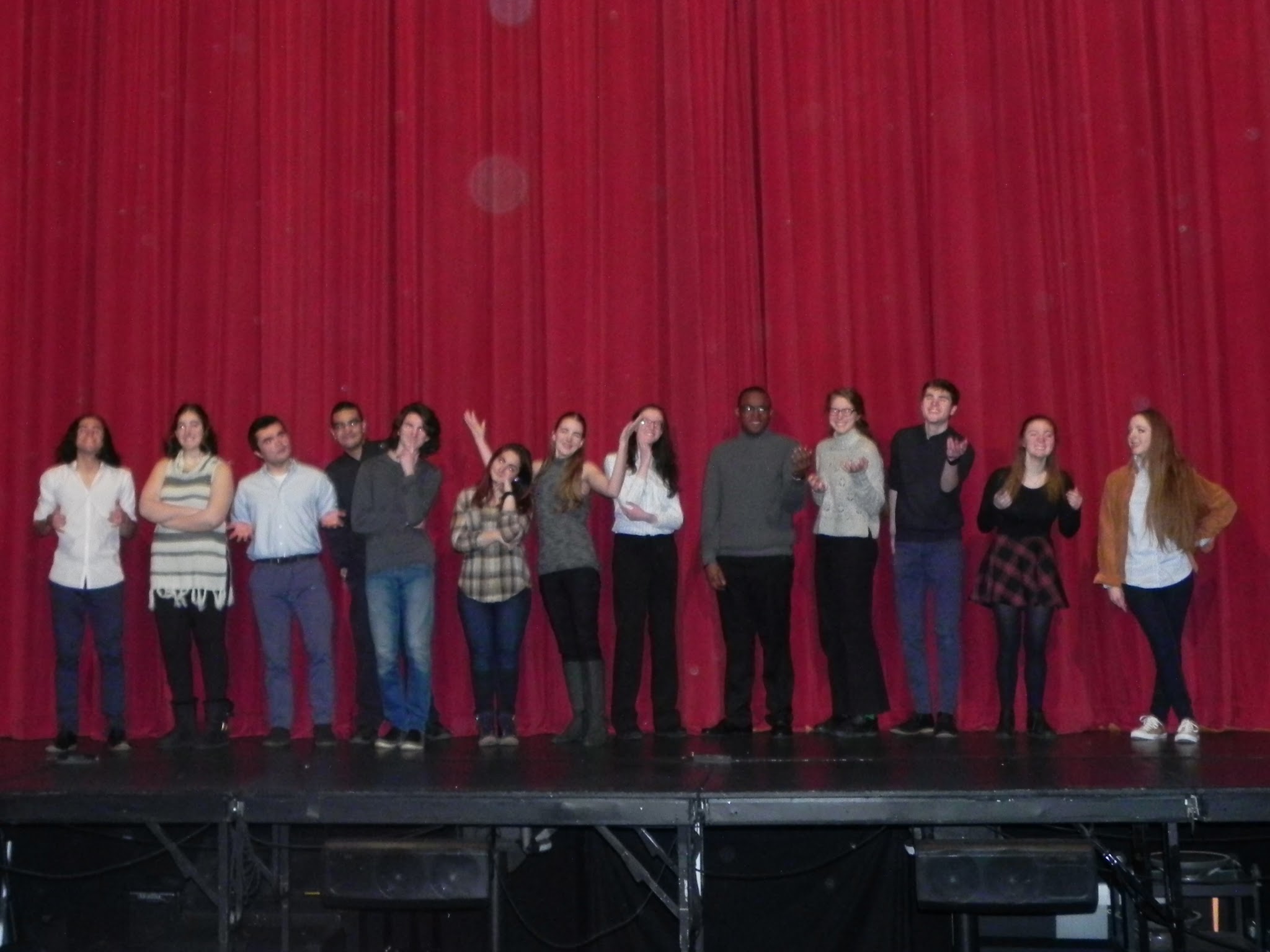 Students from 13 high schools on stage at the Brookdale Performing Arts Center for the ESU Shakespeare Competition, Monmouth County Branch. 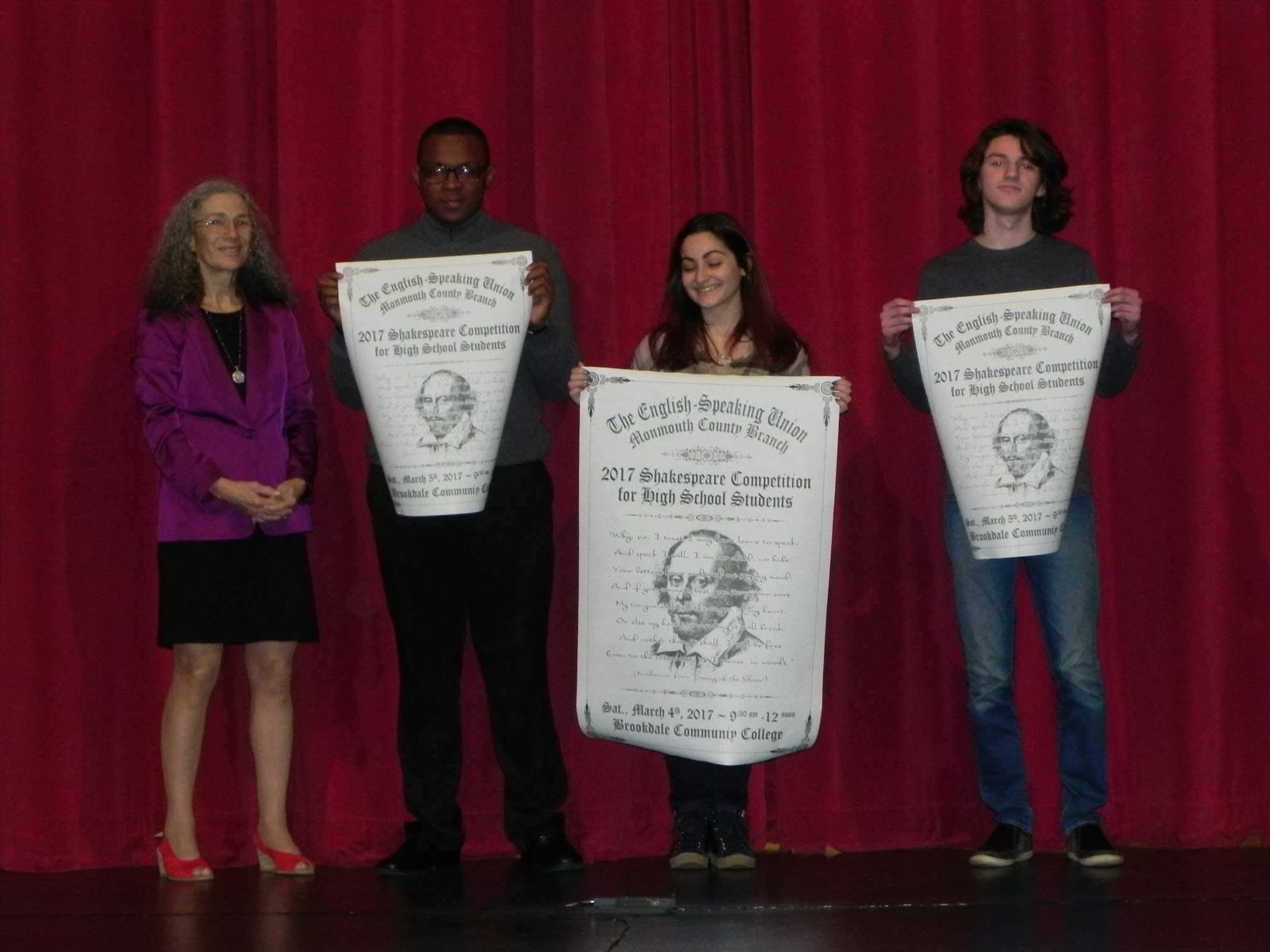