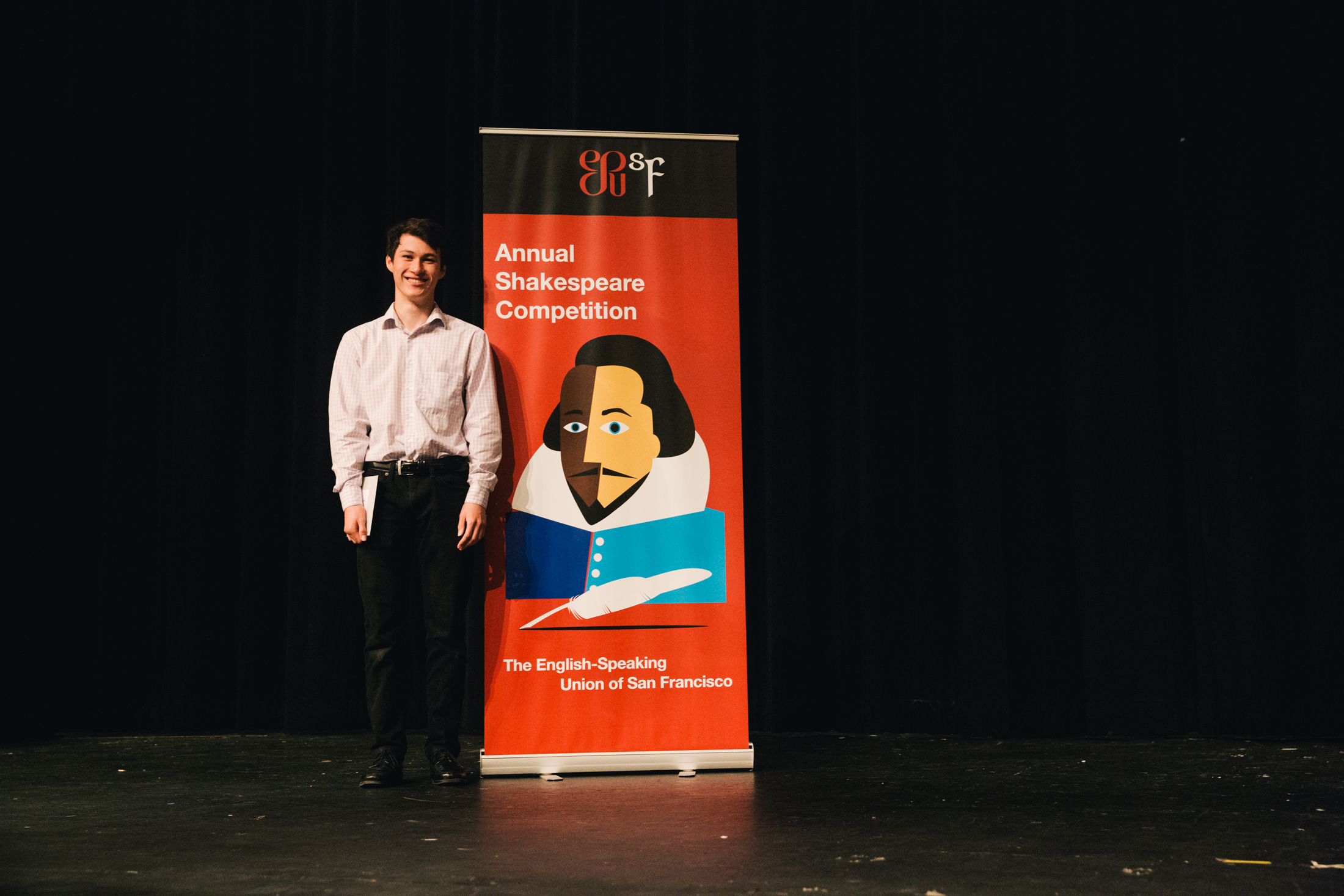 The competition started Sunday, May 1st, and spanned two days. There was no competition the first day; the 55 competitors got to socialize and make friends while being shown the sights of New York with the program directors. The first day/night included an all-expenses paid workshop at NYU, and tickets to the Broadway product of "Something Rotten!" I met so many incredibility talented people and made friends with so many unique and colorful personalities at this time. There was no edge of mean-spirited competitiveness or tension in the group at all. Everyone enjoyed each other's company and had a blast.

The competition began the second day. The 55 assembled at Lincoln Center before a panel of seasoned theater critics. We performed our sonnets and monologues in alphabetical order, with a break every 20 people or so. My last name starts with "F", and I felt lucky to get it over with relatively soon. I can't imagine the nervousness for #55!

I witnessed more raw talent and superb technique than I thought possible in a day. Lunch followed the first round to allow the judges time to select the top 10 to move on to the finals. Smiles, congratulations, and awe were widespread as everyone drifted away complimenting one another's performances. The positivity and acceptance I felt all around me was a truly inspiring feeling.

After lunch, an entirely new panel of judges had assembled; they would now judge the finalists, whom they promptly announced. To my utter shock and surprise, I made it to the top 10! The top 10 competitors were required to perform their sonnets and monologues again, but there was twist: in addition to prepared pieces, a more or less "cold read" of a randomly selected Shakespeare monologue would be added. They literally pulled a monologue from a hat and plopped it face down in front of each contestant. We then had five minutes to mark, followed by five minutes to rehearse on our feet before we had to perform (script in hand).

I ended up with Cleopatra from "Antony and Cleopatra." I was one of the two top 10 finalists to have a gender-mismatched monologue. My nerves at a lifetime high, I gave my final performance.

I did not end up placing at the ESU National Competition. But that doesn't matter to me. I will never forget standing on that stage before a room full of the most talented people I have yet to meet.  I never expected to get half as far as I did, and the opportunity to go to New York and compete and interact with so many wonderful artists was beyond incredible and infinitely worth the while. It's a memory I know I'll carry fondly for the rest of my life.