Message from the President

After stepping down nine years ago, I am now back at the helm as President. We have some challenges before us in this season of pandemic, but we shall manage. 2020 is the Centennial of the founding of the US ESU. The ESU, founded by Sir Evelyn Wrench in the UK and the Commonwealth in 1918, has survived and flourished through the Great Depression, war, pestilence and social upheaval. The ESU has done so not least of all because of its ever-timely mission of employing "English as a catalyst to foster global understanding and good will by providing educational and cultural opportunities for students, educators, and members." It has enjoyed the leadership of men in the UK such as Winston Churchill and Gen. Eisenhower here in the US. The current ESUUS Chairman, Paul Beresford-Hill, is a renowned Oxford- and Columbia-trained educator and ambassador. There are some 60 Branches around the world and 60 here in the US. The ESU has a global reach. Charlottesville Senior Places Second in the Nation in Shakespeare Competition

With a masterful rendition of Richard from Richard III, Adam beat out dozens of finalists from around the country in the national phase of the competition, which took place virtually via Zoom on April 27.

For placing second, Adam was awarded a scholarship to attend the American Shakespeare Center's Summer Camp, held at Blackfriars Playhouse, in Staunton, Virginia. 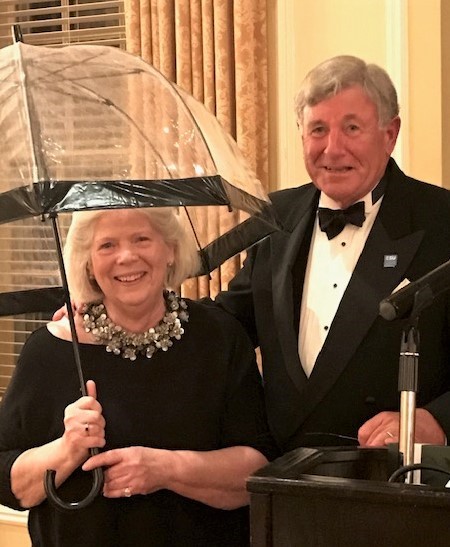 Situated in the heart of the Shenandoah Valley in historic Staunton, Virginia, the 300-seat Blackfriars Playhouse is the world's only re-creation of Shakespeare's original indoor theater. This unique, historically accurate performance space provides the perfect backdrop for our Shakespeare competition.