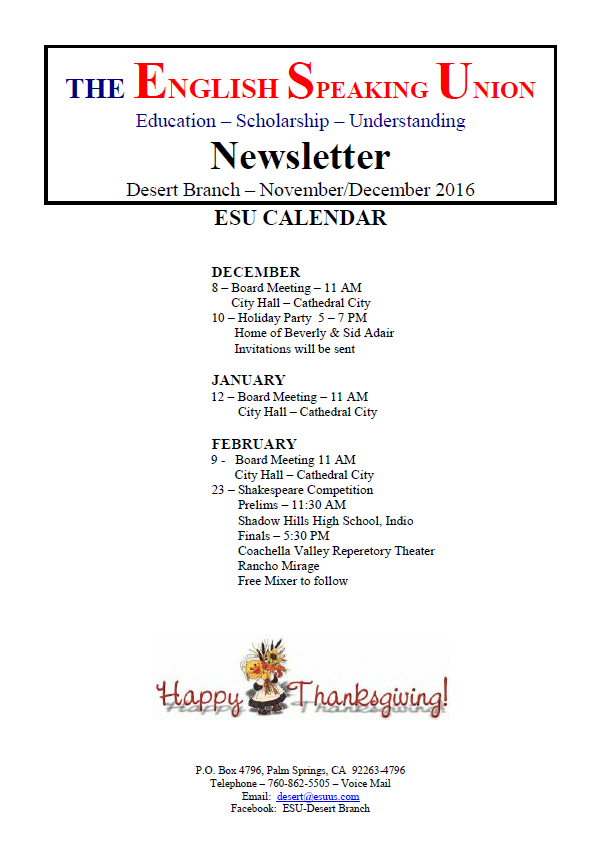 A Message from the Desert (Palm Springs) Branch President

This  will  be  my last  President's  Message  for  this  season  and  as President of this branch. What a wonderful season we had!

My heartfelt thanks go out to the entire Board of Directors  that worked tirelessly this past season to make all of our events, mixers and programs such a success and who have supported me these last 3 years.

My thanks also to our members, who have supported our efforts with their attendance at our events, for volunteering and for  your encouraging words during the year.

Our profitable Mixers this year have been important in continuing to raise funds for our educational activities such as our very successful Shakespeare High School Competition in March and our High School Creative Writing Contest. 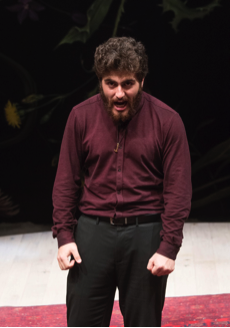 Each year, the ESU holds a creative writing competition for high school students in the Coachella Valley. This year we had over 100 submissions – on the topic of "Tomorrow is not promised."

The students' approaches varied widely. Some wrote formal essays, others submitted short stories. The judging was "blind"; the readers did not know the names of the students or their schools or their teachers. So we were surprised when the three winners were all from the same school – Coachella Valley High School – and from the same teacher – Simon Moore.

And the winners are:

ESU thanks Nancy Holliday for her generous contribution in memory of Carlos Johnson.

ESU also wants to thank Penny Haig and Katherine Sampson for their donations to the Scholarship Fund and the Shakespeare Competition.