Visit our photo gallery for our previous events.

Check out our latest news and events as well as our archive.

A Message from the Syracuse Branch President

Established in 1948, The Syracuse Branch of the English-Speaking Union is a very active group. Our programs reflect our members who are spirited, thoughtful and concerned about intercultural and international communications. They share a genuine interest in people and community affairs. The Syracuse Branch meets the second Saturday of each month - September through May - at a private club.

The Syracuse Chapter held its Shakespeare Competition virtually this year with ten finalists who won their local competitions at Central New York School Districts.   Contestants are required to perform an excerpt of a monologue from a Shakespearean play along with one of the bard's sonnets.

The first place winner was Anka Chiorini.  Anka will be competing in the national competition, normally held in New York City but this year held virtually. The national winner receives a trip to London to attend the British American Drama Academy Mid-Summer Conservatory Program.  Second place went to runner-up Emilee Edick and 3rd place to Lillyanna Whipple.  Honorable Mentions were given to Andra Benson and Rachel Bouwens. 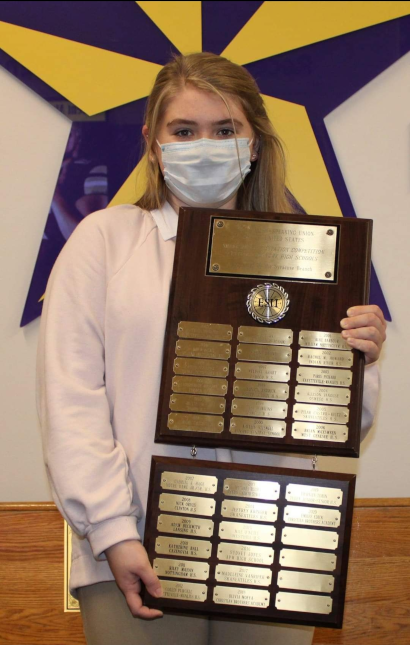 E-SU, Syracuse Branch's 2020 Shakespeare Competition's winner Emilee Edick stands proud at her high school Christian Brothers Academy.  She holds our Branch's Shakespeare's winner plaque where her name and that of her school are engraved and join those of others in the past who share her honor.  By tradition, the plaque will hang in CBA for the school year.

Everyone notices Emilee's mask that adds much to the story of her participation and ultimate win.  Only a few days before our March 21 scheduled Shakespeare Competition did she and sixteen other students learn that area schools were closing.  So, too, was Syracuse Stage's Archbold Theatre, our venue for both our student workshop and competition.  Baldwinsville Library offered us space, but we realized quickly that we were headed for a virtual path.

Although the coronavirus has interrupted our normal schedule, the local officers and board members are discussing ways to keep us informed and connected during this time.

The national organization has some current interesting programs for us to enjoy while we're waiting for in-person meetings. Click on this link to see a full listing and details of the ESU Happy Hour series.

Meanwhile stay healthy, and we'll all look forward to meeting again as soon as it's safe for all. 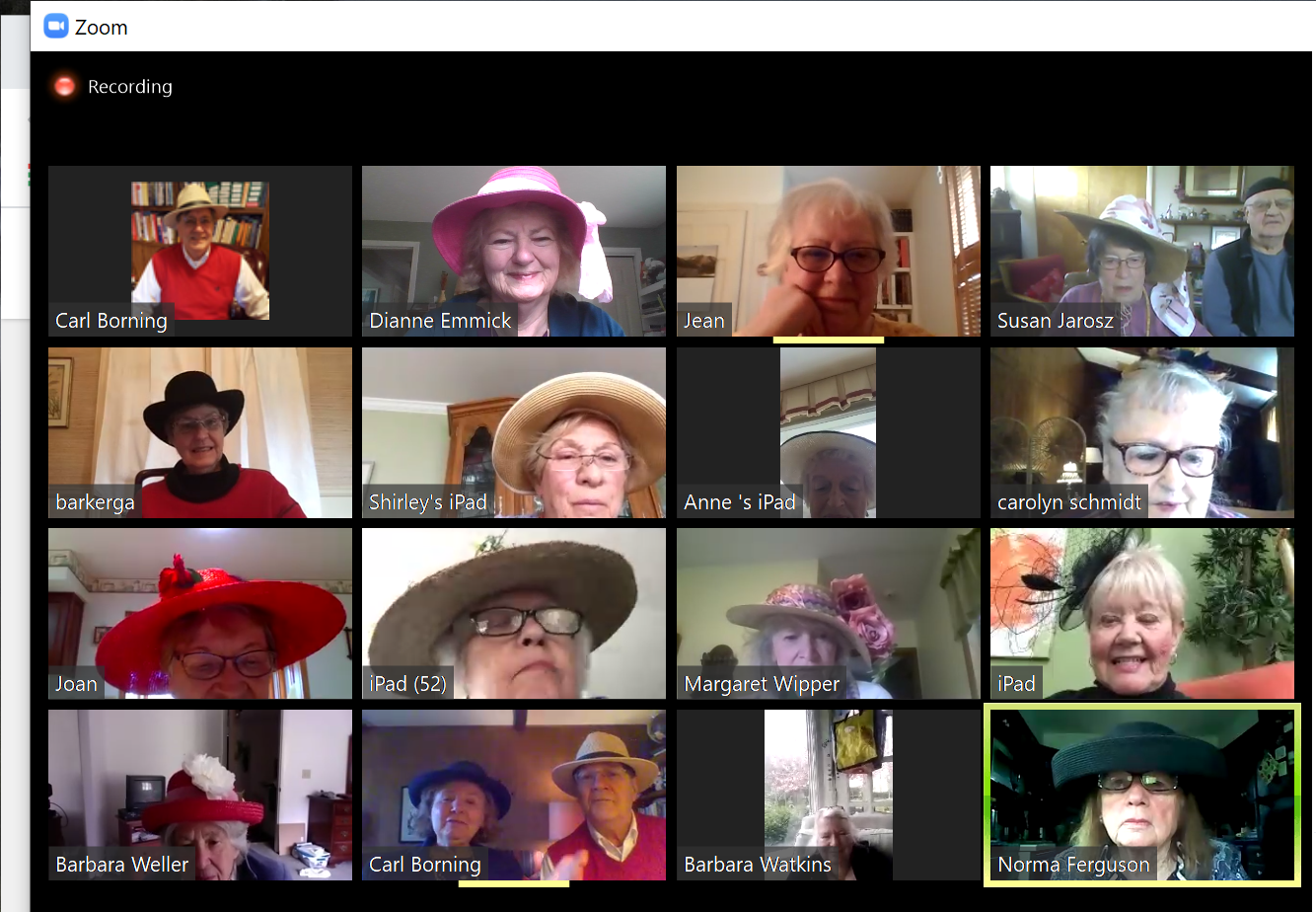 The Syracuse chapter had to cancel our March and April meetings due to the coronavirus, but thanks to Zoom we held our annual election meeting on schedule on May 9, 2020. 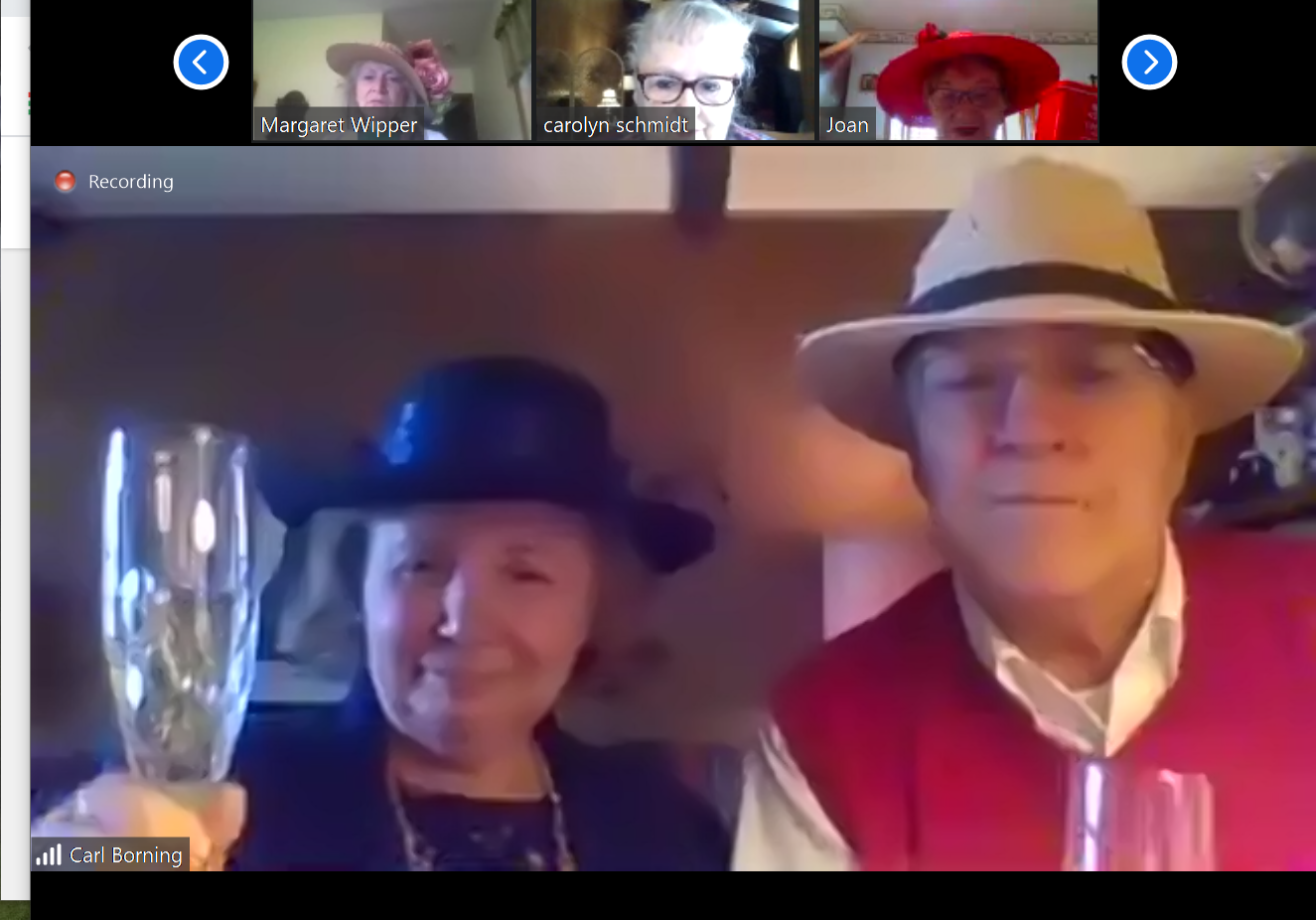 Thirty-one members attended. We were happy to see each other and say hello. We then moved through the annual meeting steps to elect the leaders for next year. In honor of the Queen's birthday we all wore festive hats. Celebrations followed with toasts to ESU's Centennial, the Queen's birthday,  and the new officers and board members. 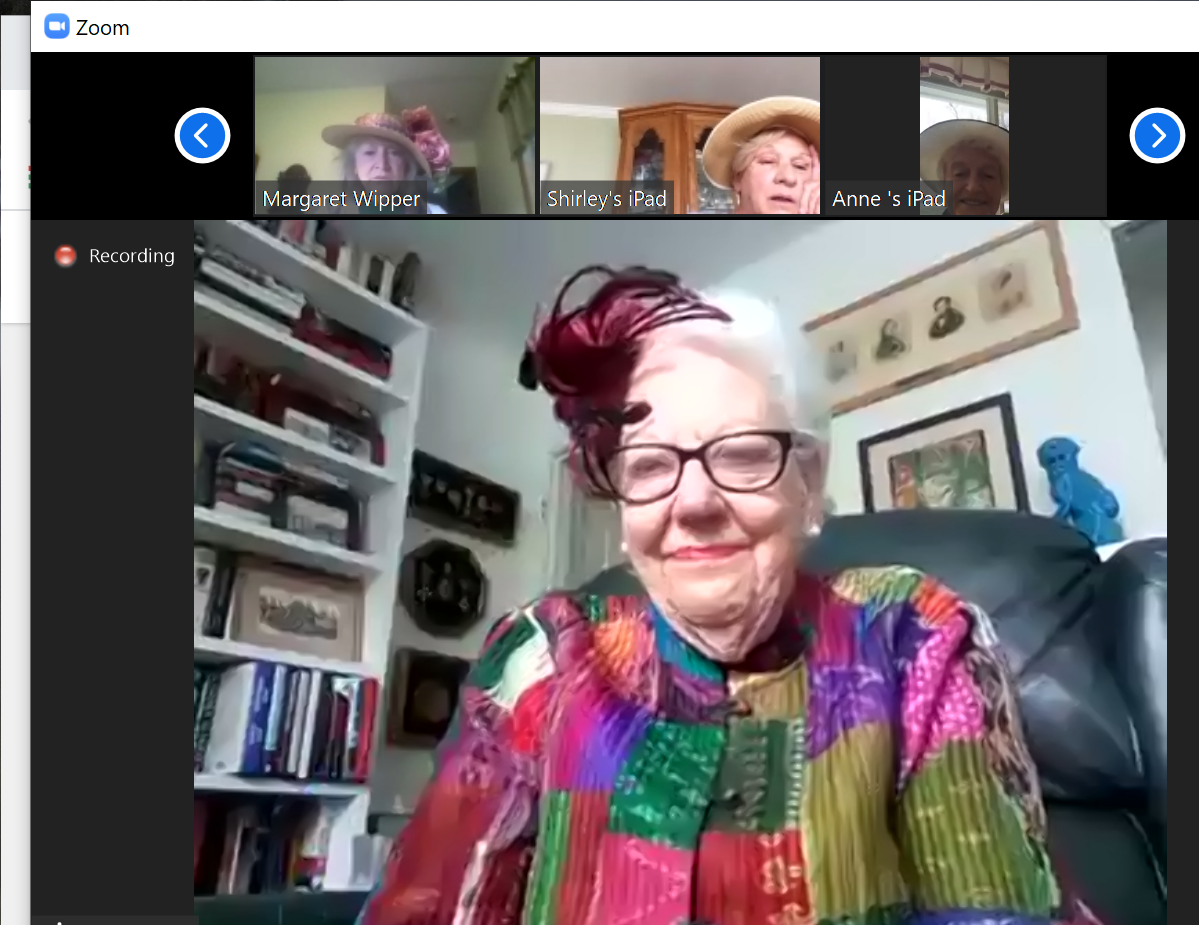 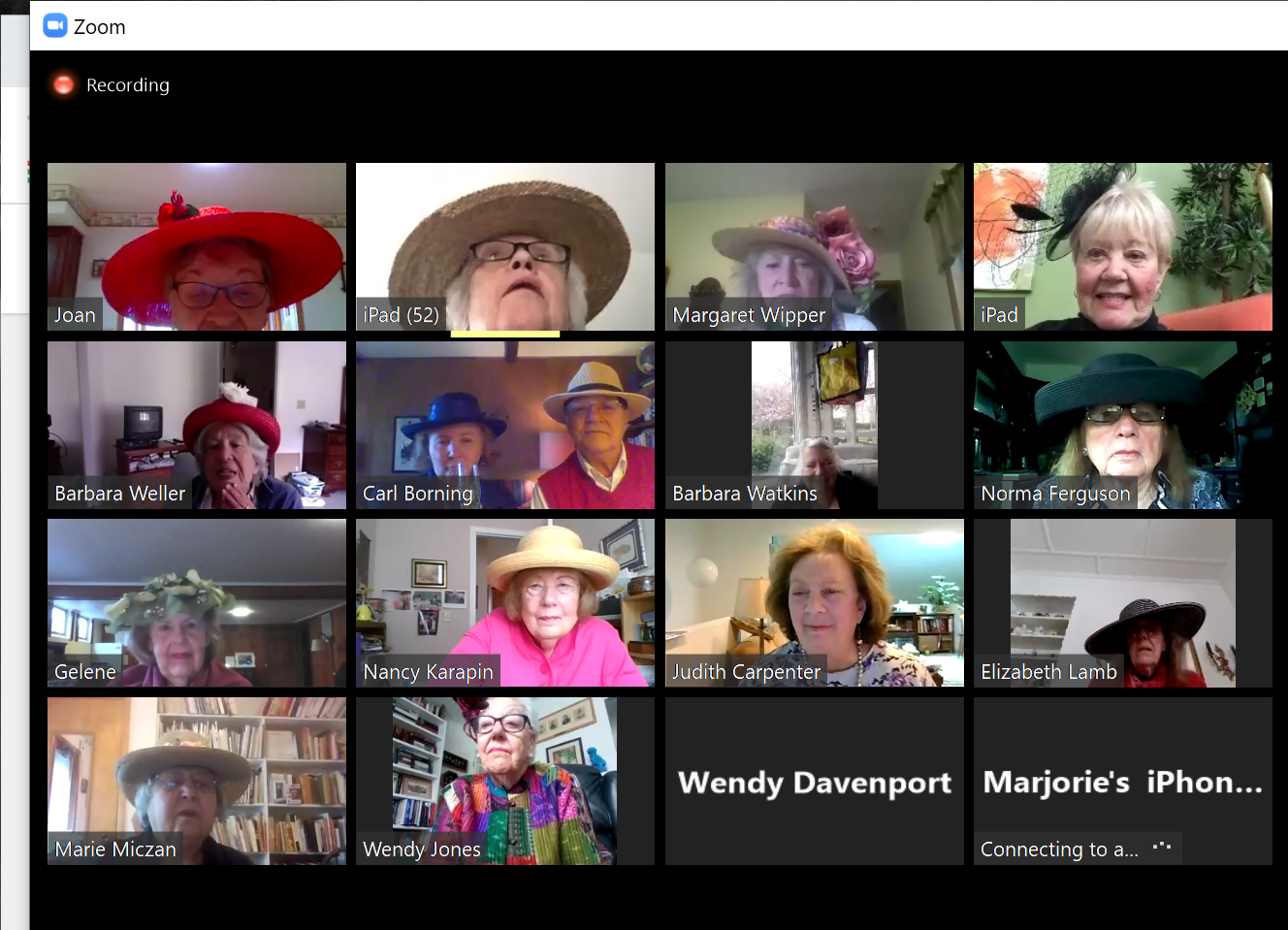 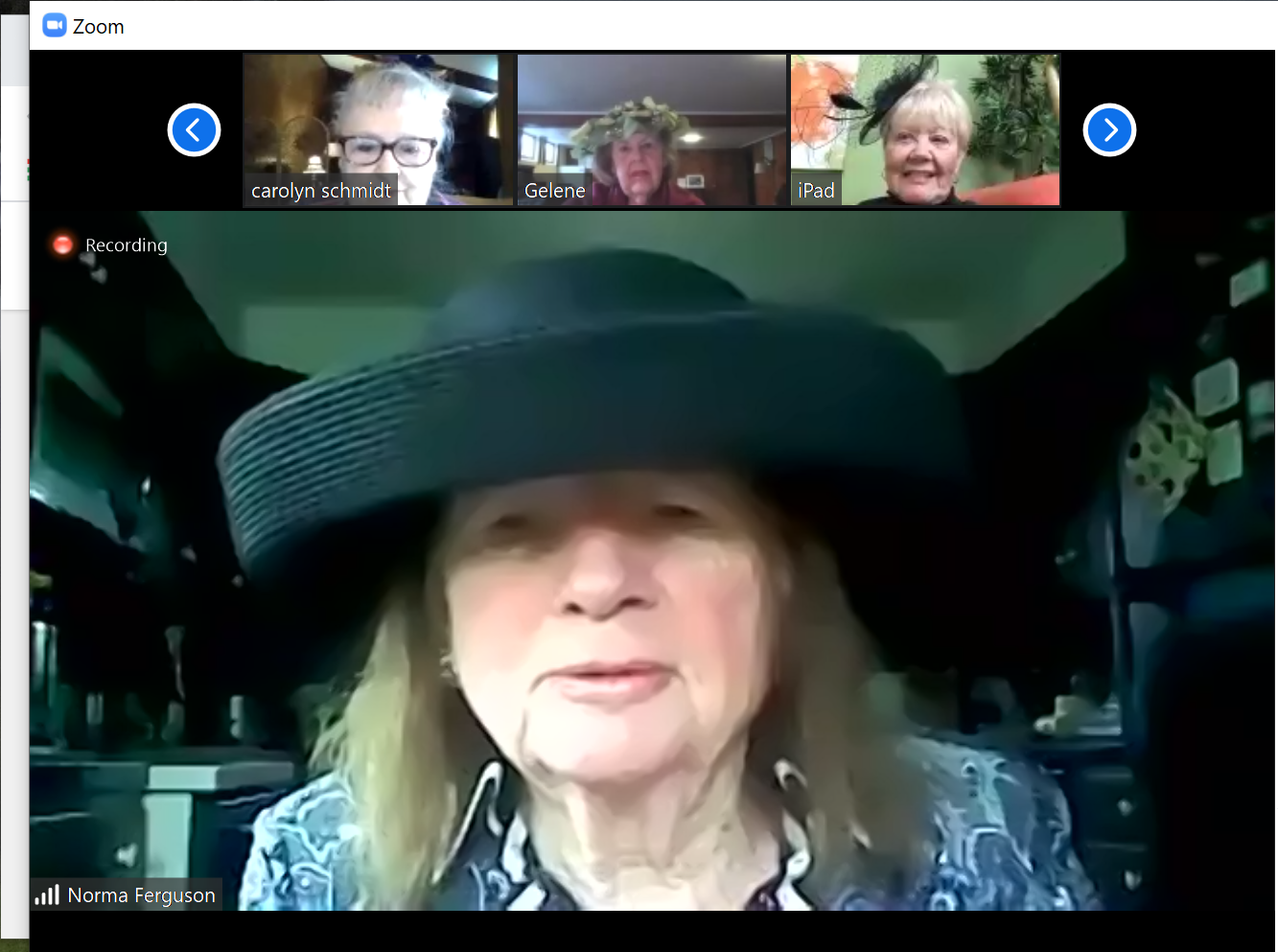 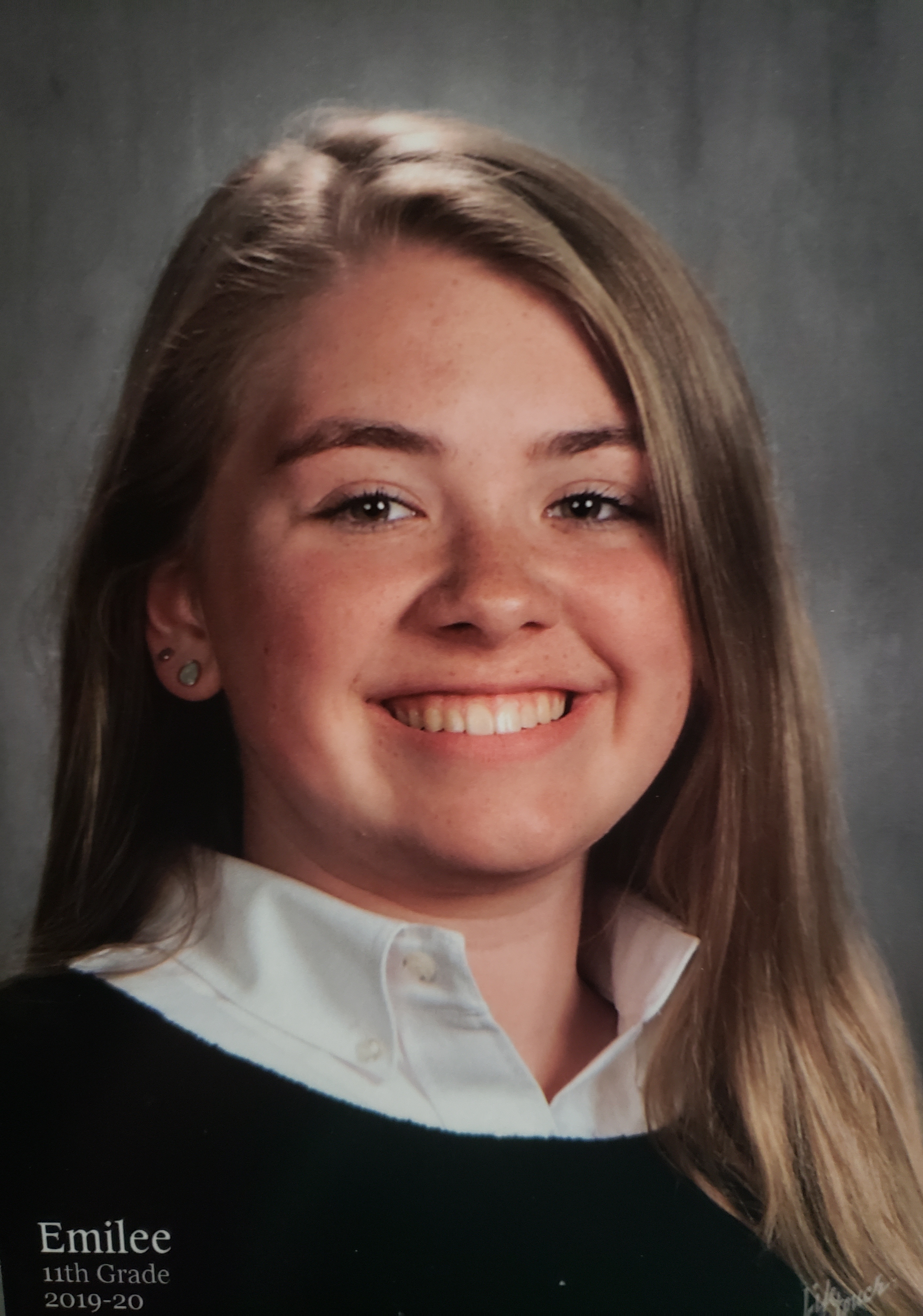 This year's English-Speaking Union-Syracuse Branch's 32nd Annual Shakespeare Competition exchanged Syracuse Stage's Archbold Theatre for a home video, triumphing over the corona virus and scoring another victory for William Shakespeare in the process. Winner Emilee Edick from Christian Brothers Academy presented Shakespeare's Sonnet 11 and a monologue by Phoebe from As You Like It.  Her talent won her video a trip to New York City to participate in the National English-Speaking Union's 38th competition with forty-eight other nationwide winners.