Congratulations to the 2019 ESU Denver Branch Shakespeare Winner, Sophie Berg from Denver School of the Arts. Good luck at the National Competition in New York City! 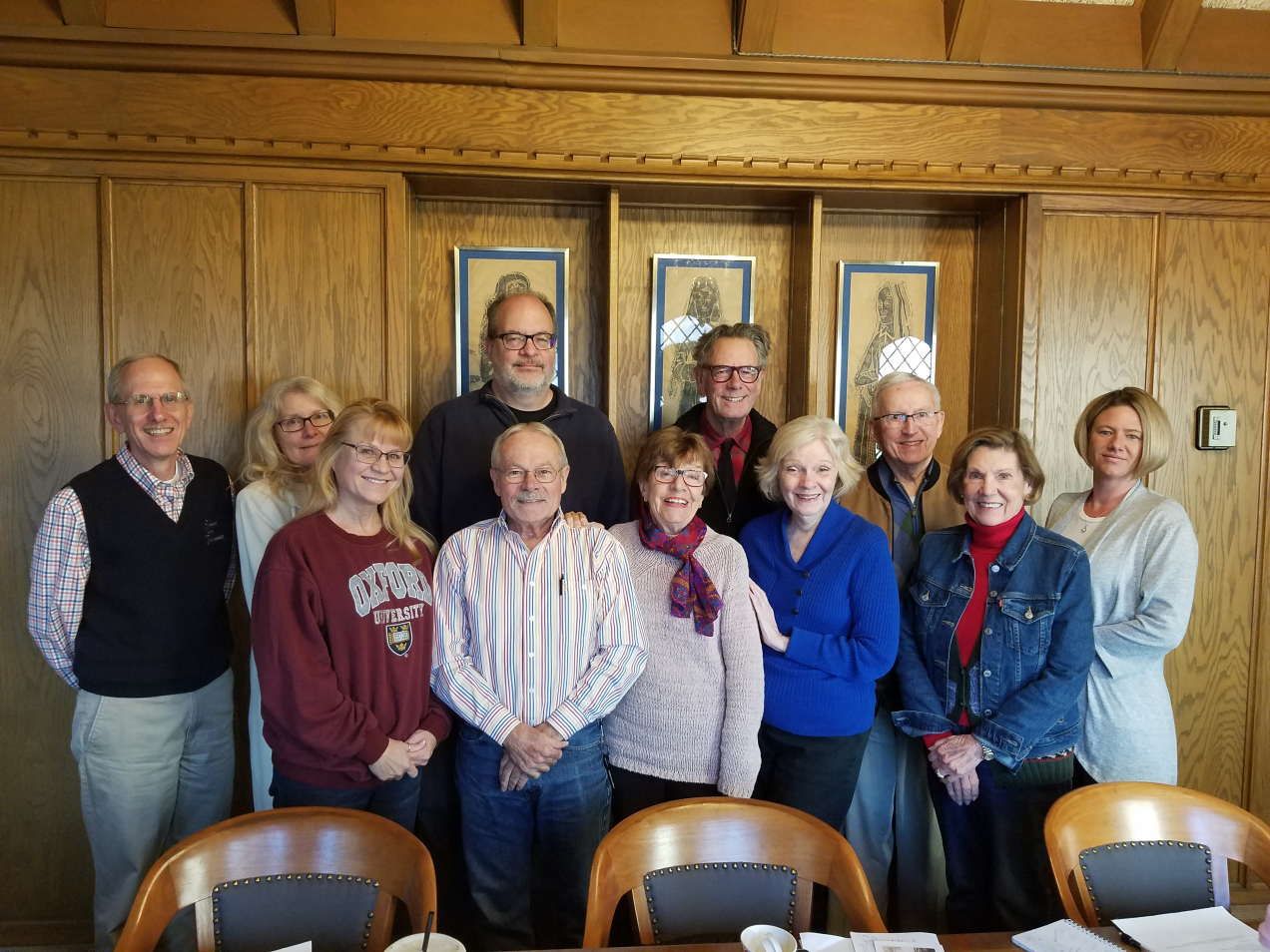 The New ESU Denver Board of Directors 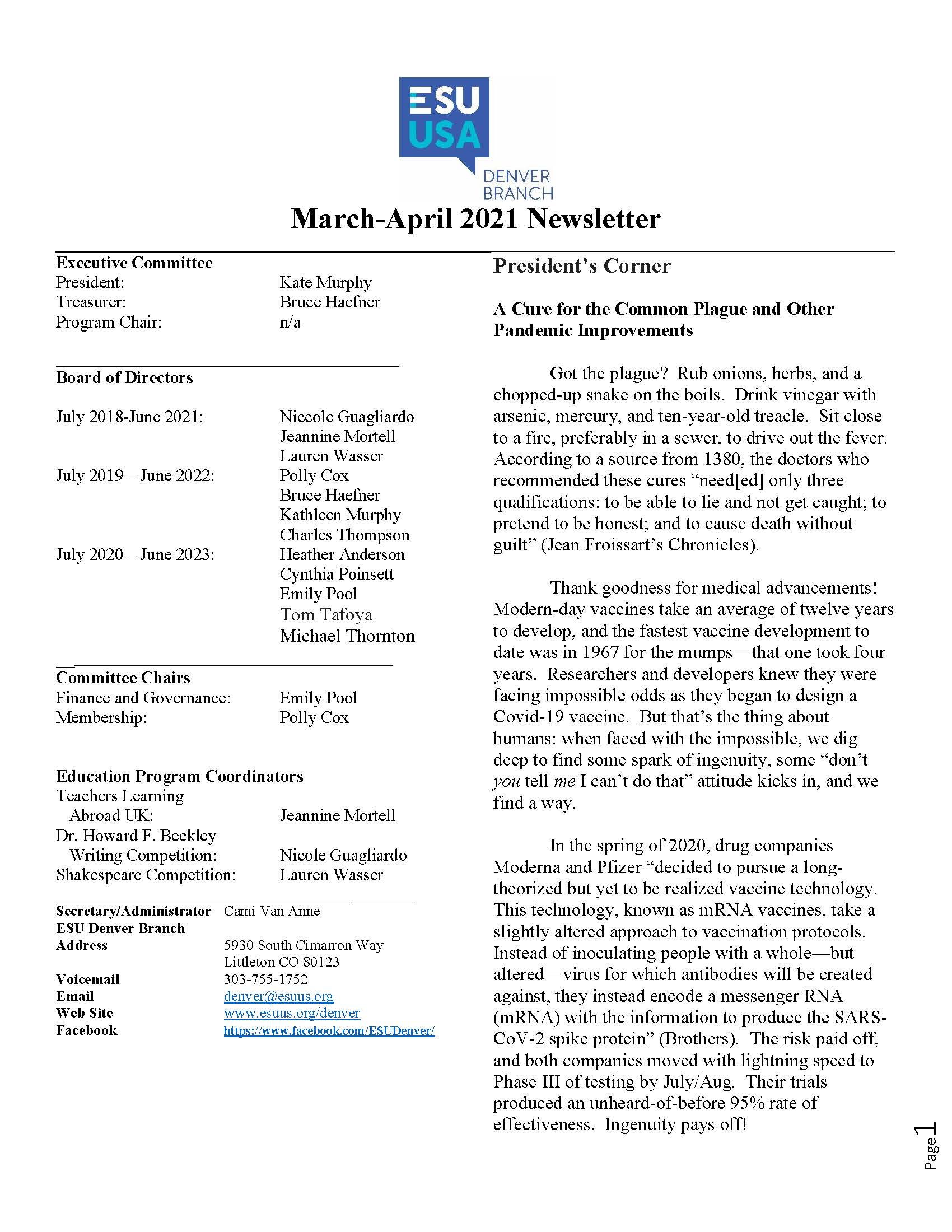 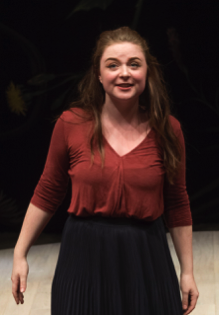 With a performance of a sonnet and monologue from Shakespeare, Preslee Krout  from Aurora, CO, a student of Cynthia Poinsett at Cherokee Trail High School in Aurora, placed as a semi-finalist in the 34th  annual English-Speaking Union National Shakespeare Competition in New York City. The Competition took place on May 1, 2017 on the stage of the Mitzi Newhouse Theater at Lincoln Center with 54 semi-finalists from as many ESU Branch competitions nationwide. Preslee previously won the ESU Denver Branch competition.

Shakespeare at the Huntington: “All the World’s A Stage – Shakespeare, Awareness and Performance”

Now entering its twelfth summer, Shakespeare at the Huntington is a two-week institute designed primarily for secondary teachers of English and Drama. The Institute focuses on teaching Shakespeare through performance. The course features an international faculty and takes advantage of one of the world's great libraries and research centers. Topics covered includes: scene study, verse and text work, voice, movement, classroom pedagogy, theatre history and criticism. Outside reading and a final evaluation are also required. Participants in the course will become members of a collaborative ensemble designing and developing English/Drama lessons and document based writing tasks that integrate literacy and drama content standards. Strategies to make the content accessible for all learners and to engage students will be addressed as outline in the accompanying material. Use of the collections at the Huntington Library, Getty and Norton Simon museums will be incorporated, as will attendance at live productions of Shakespeare's plays.

Click here to see
Shakespeare at the Huntington 2017 Flier

Cherokee Trail High School student Preslee Krout was the first place winner of the Denver Branch English-Speaking Union Shakespeare Competition on Sunday, January 29.  Preslee prevailed against stiff competition from students around the metro area at the annual event held at the University of Colorado Boulder's University Theatre.  Friends, family, teachers and ESU members gathered to watch as each competitor performed a Shakespearean monologue and sonnet of their choice.  The judging panel, comprised of CU Theatre and Dance Department professors and industry professionals, scored the students on their understanding of the selected texts and their ability to communicate that understanding to the audience. Denver Branch member, Pat Monroe, served as proctor for the judges as they compared contestants' scores and discussed performance notes.  Cassandra Baird of the Denver School of the Arts earned second place while Raymond French from Holy Family High School was awarded third place in the competition.

For They Are Jolly Good (BUSS) Fellows! 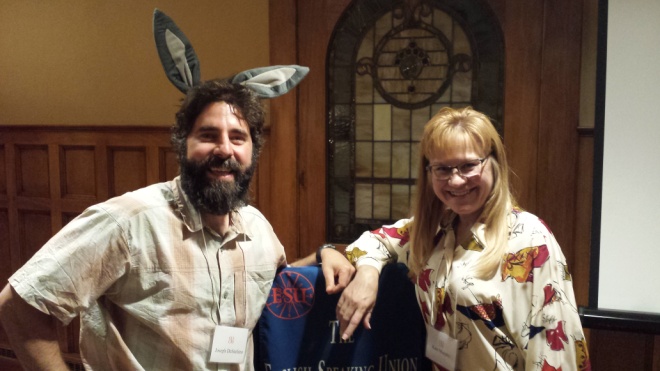 Denver Branch members arrived at the University Club on Thursday, November 3 anxious to celebrate alongside British Universities Summer School (BUSS) recipients Joseph DeStefano and Kate Murphy.  2016 marked the final year that the study-abroad program will be referred to as BUSS and the evening, full of delightful conversation, good food and engaging presentations ushered the old name out with style.

Defending Shakespeare's relevance in today's society is a tall order but the winners of the Seventh Annual Howard F. Beckley High School Writing Competition did so with eloquence and style.  The Annual ESU Denver Branch Holiday Party, held December 3, was a time for members to gather, ring in the season and honor the young writers who secured the prizes for this year's competition by answering the question "Why is Shakespeare still relevant today?" The students, in attendance, read their entries aloud while members of the selection committee presented the remaining winning essays.

Millicent Ambroggio is in her 15th year teaching secondary English Language Arts. She has been a Nationally Board Certified Teacher since 2008 and teaches at Littleton High School, an International Baccalaureate World School. Millicent will be studying Old/Middle English and Jane Austen at Oxford

Heather Anderson has a double major in Psychology and Communication from CU, Boulder, and a degree in English from CU, Denver. She currently teaches British, World, and American Literature and has volunteered at the Emily Griffith Technical School in the past. Heather will be in Oxford's Literature program.

Tom Tafoya has his degrees in English from CU, Boulder, and Humanities from Colorado College. Tom teaches freshman and senior English, is a DP teacher in the IB program, works with the IB Mentors, and is the Speech & Debate coach. Tom will study at the Globe.

Denver is fortunate to have 2010 BUSS recipient Brian Kurz's editorial printed in the Denver Post.  ESU is referenced as a great edition to a students well rounded education.  Thanks Brian