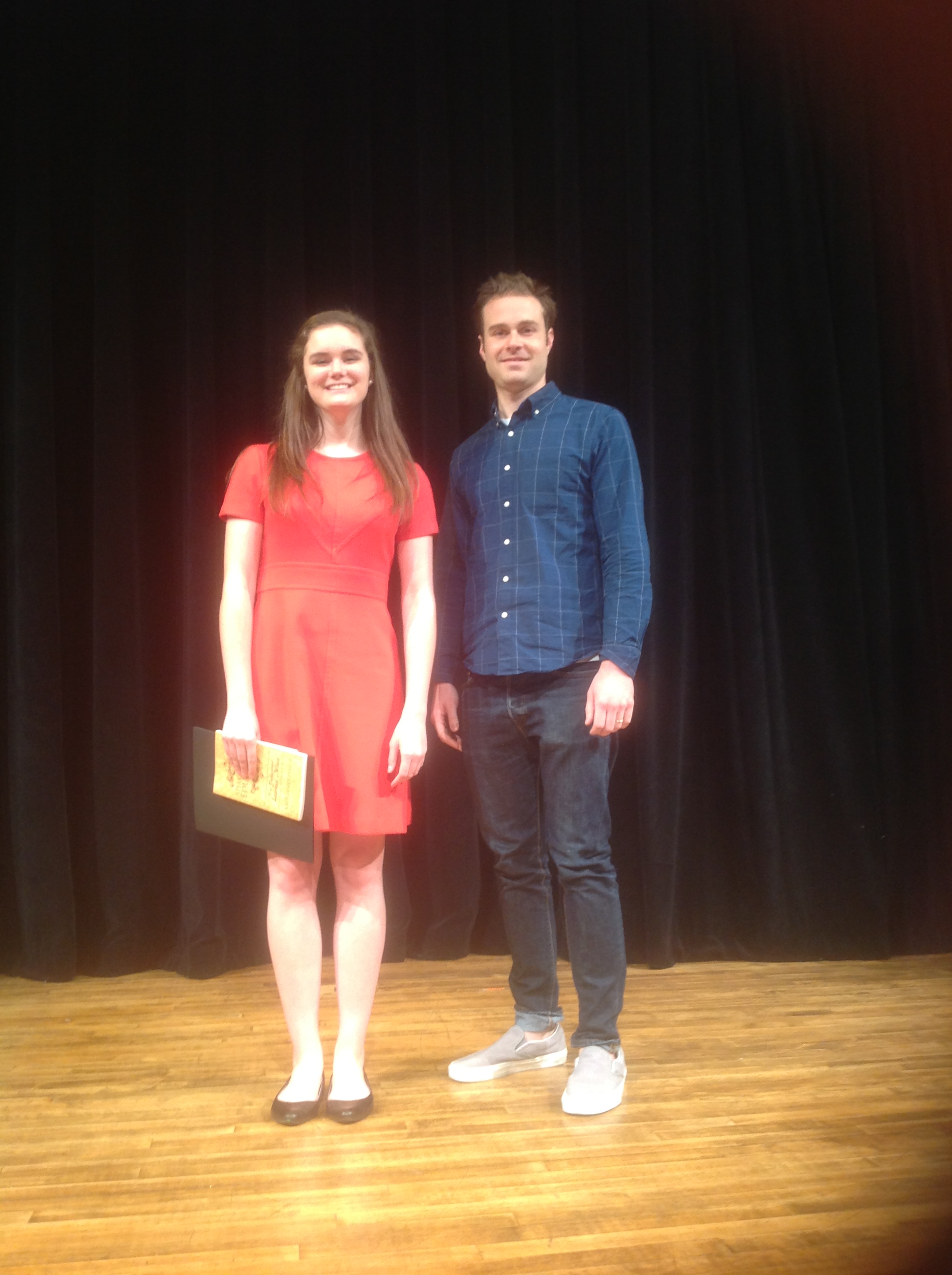 In Houston, the English-Speaking Union National Shakespeare Competition was initiated by Jane Blaffer Owen and Charles Saunders to help students in grades 9 – 12 develop communication skills and a broader cultural perspective. The competition judges are from Houston's outstanding theatre community.  Judging this year was Jim Johnson, the Director of the School of Theatre and Dance at the University of Houston.  Jim is also Executive Director of the Houston Shakespeare Festival.  Also judging was local playwright, librettist, and writer of the theatre curriculum for Houston Community College and adjunct professor at the University of Houston, Kate Pogue.  Kate was the artistic director for over two dozen Shakespeare plays for "Shakespeare By the Book" in Fort Bend County.   Ms. Pogue is also a world expert on Shakespeare's private life, having written four books: on Shakespeare's friends, family, figures of speech and education.