No issue in recent memory has consumed the United Kingdom like the move, known colloquially as "Brexit." With yet another deadline fast approaching, there still remains much confusion and speculation about the ramifications of the UK's departure from the European Union. In this riveting and informative illustrated talk, Kim Lane Scheppele reprises and updates her fascinating presentation on Brexit, which she initially delivered in two separate talks for the ESU Princeton Branch. For those who don't fully get all the fuss about Brexit, Scheppele covers the basics and explains the potential repercussions for the United Kingdom. How does a "soft" Brexit differ from a "hard' Brexit? Explaining these and myriad other Brexit-centric terms and concepts, she clearly illustrates the potential impact of this "divorce" on all aspects of the British economy as well as on the UK's relationship with Europe and the world. More importantly, her presentation includes updates reflecting recent developments, including the ascension of Boris Johnson as UK prime minister, who has held out the threat of a "no deal" Brexit on October 31, 2019, which will create a complete break. She outlines anticipated outcomes and impacts of the withdrawal of the UK from the EU clearly and succinctly. Boris Johnson has claimed that "Do or Die, Come What May" Brexit will happen by October 31. Can he keep his pledge?

Treasures from Chatsworth: The Exhibition 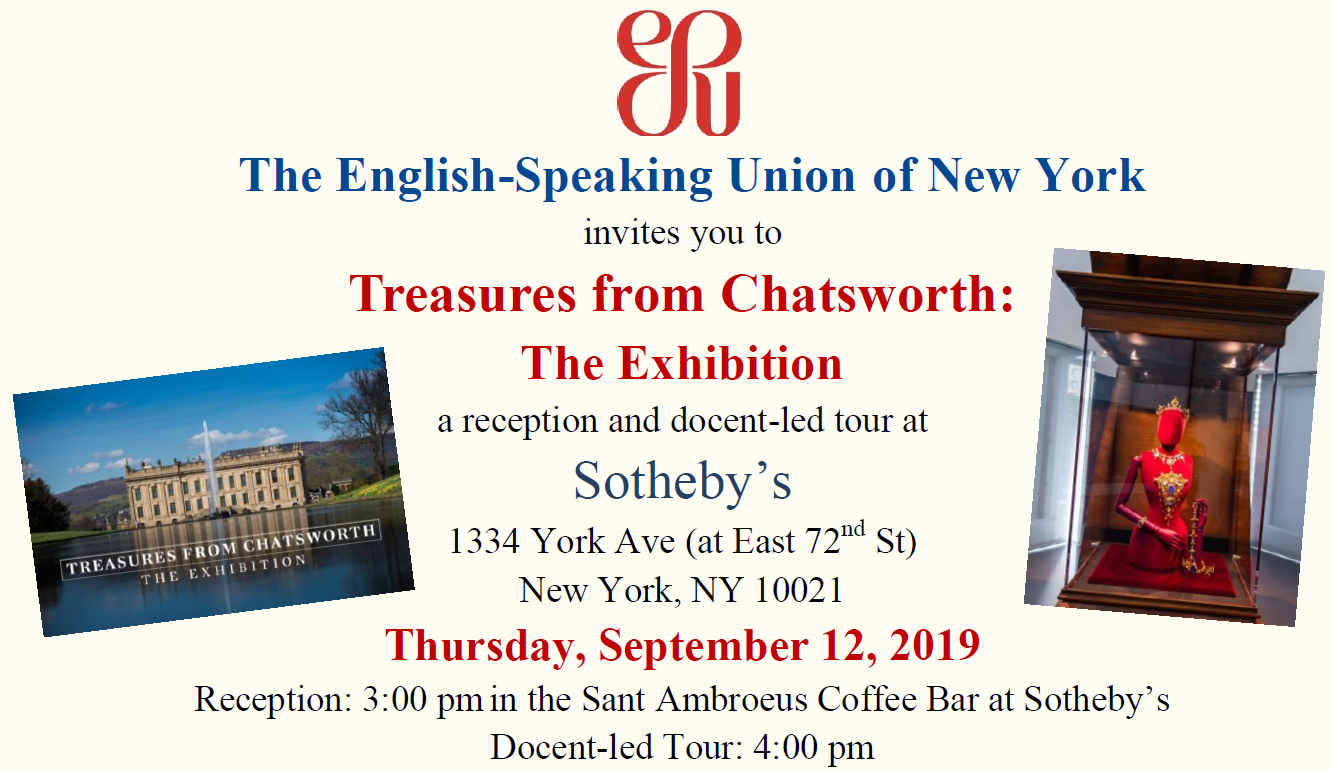 Chatsworth, the fabled estate in the United Kingdom, is home to the Duke and Duchess of Devonshire and has been passed down through 16 generations of the Cavendish family. Rich with thousands of objects, spanning four centuries, the Devonshire Collection is widely celebrated as one of the most significant collections of art and objects in Europe. 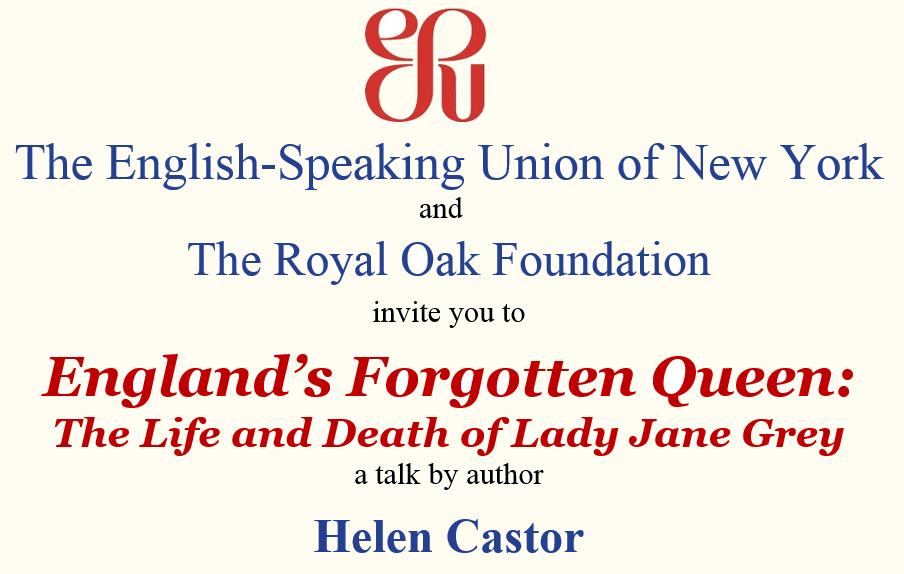 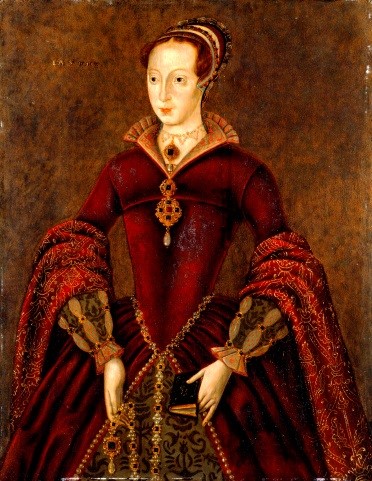 In July 1553, Tudor England plunged into political and military crisis. Henry VIII's young son, Edward VI, died at the age of just fifteen, leaving no male heir. For the first time, a woman would wear the English crown, but who: Edward's Catholic half-sister Mary, or his Protestant cousin Jane Grey? On his deathbed, Edward named sixteen-year-old Jane as his heir. As fierce a Protestant as Edward, Jane was proclaimed queen and taken to the Tower of London to await her coronation. But Mary would not accept her disinheritance - and neither would the country. Nine days later, Jane's brief reign was over, and seven months after that, she lost her head on the block. Author and Historian Helen Castor explores this dramatic story, examining key events, documents and characters, and assessing Jane's role in the coup that cost her life. The tragic tale of the Nine Days' Queen is a breathless political thriller as well as a defining moment in the history of England. 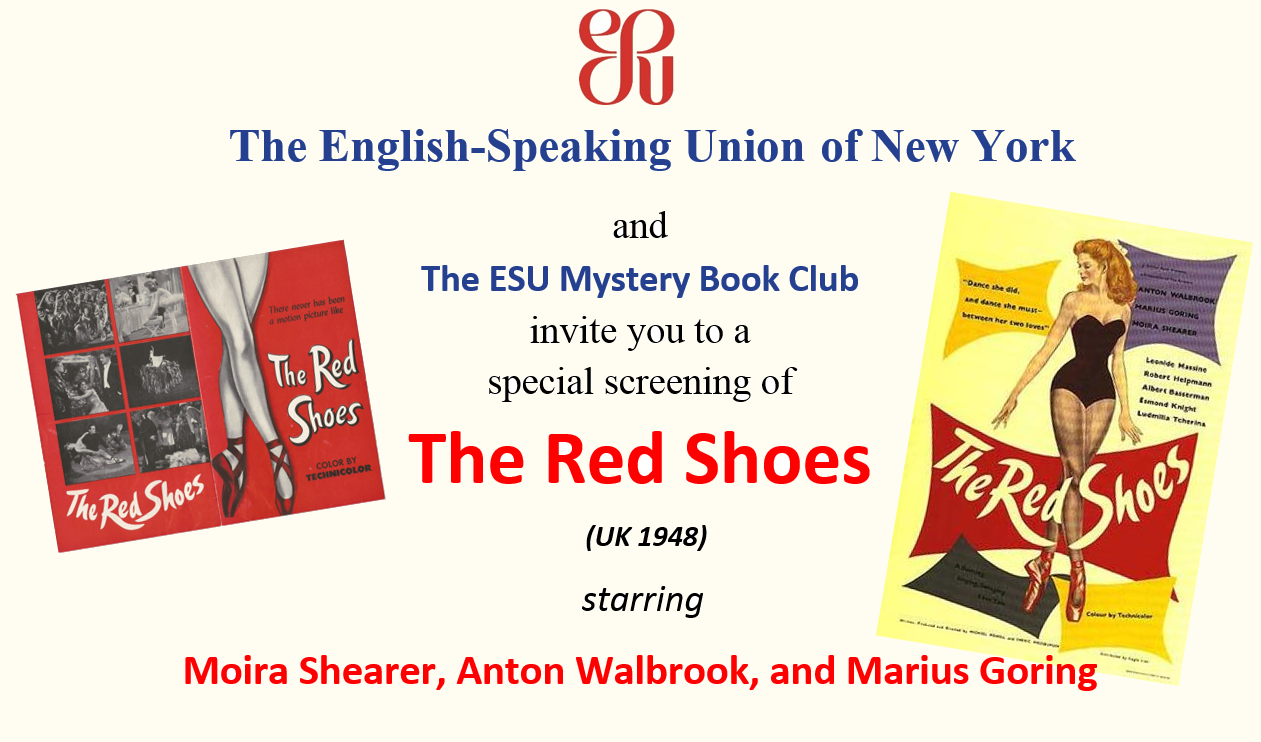 While not a mystery nor a classic suspense film, The Red Shoes is a 1948 British drama film written, directed, and produced by the team of Michael Powell and Emeric Pressburger, known collectively as The Archers. The film is about a young ballerina who joins an established ballet company and becomes the lead dancer in a new ballet called The Red Shoes, itself based on the fairy tale "The Red Shoes" by Hans Christian Andersen.  Then, after falling in love, she becomes torn between the man she loves and her pursuit to become a prima ballerina. Regarded as one of the best films of Powell and Pressburger's partnership, it was voted, in 1999, the 9th greatest British film of all time by the British Film Institute. In 2017, a poll of 150 actors, directors, writers, producers and critics for Time Out magazine saw it ranked the 5th best British film ever.

All ESU members and friends are invited to enjoy the screening of The Red Shoes, but a cash donation of $5.00 is requested at the door to cover the cost of refreshments that will be served. 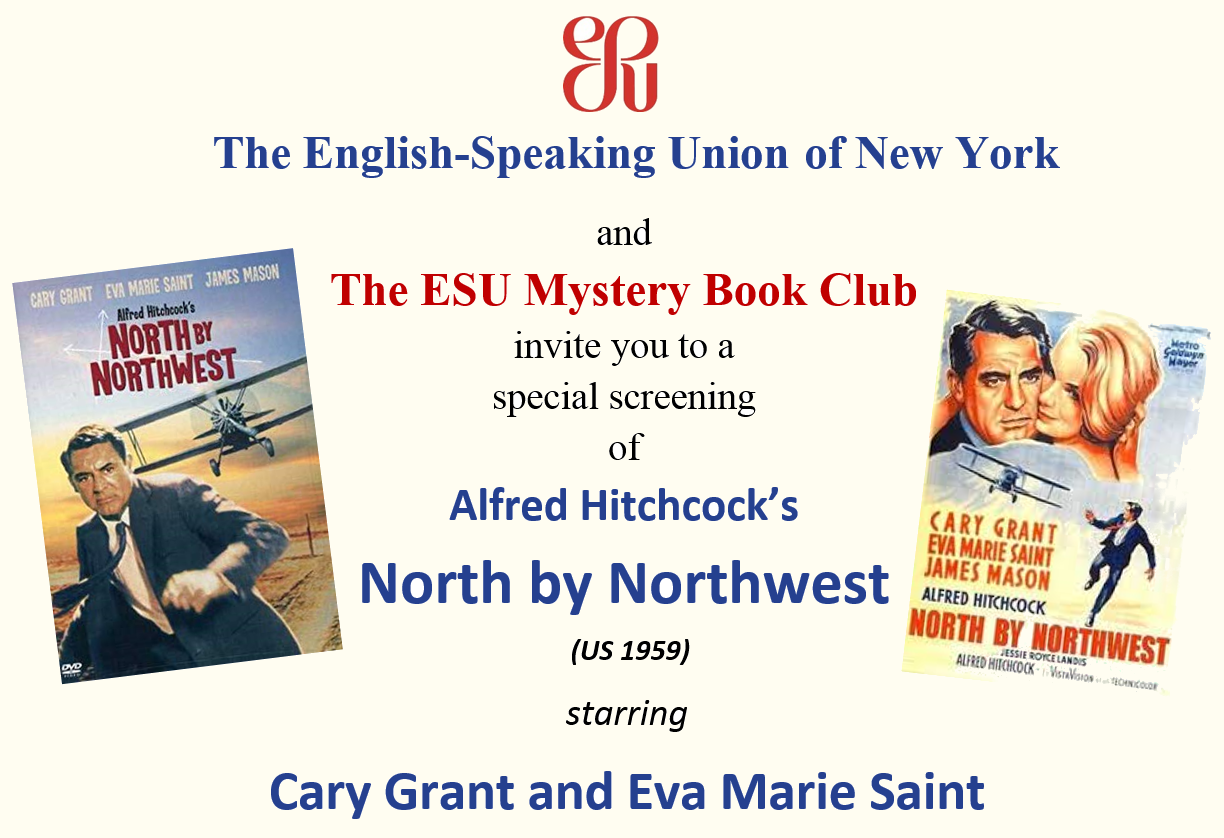