H.E. Dr. Paul Beresford-Hill CBE, KStJ, Chairman English-Speaking Union of the United States, Ambassador of the Permanent Observer Mission of the Sovereign Order of Malta to the United Nations

Professor James Raven LittD FBA FSA, Deputy Chairman of the Board of Trustees of the English-Speaking Union of the Commonwealth, former Chairman (2019-2021)

Miles Young, Warden of New College, Oxford, Chairman of the Board of Trustees of the English-Speaking Union of the Commonwealth

"Believing that the peace of the world and the progress of mankind can be largely helped by the unity in purpose of the English-Speaking Democracies, we pledge ourselves to promote by every means in our power a good understanding between the peoples of the USA and the British Commonwealth."

Since those early days a long line of extraordinary individuals have led the two organizations through war and peace, hard times and unexpected setbacks, overcoming challenges and shaping their future.

The panel brings together recent chairmen of the two Unions who share insights about how their personal understanding of Sir Evelyn's vision inspired them to take the ESU to new heights of relevance and impact and the challenges they faced during their journey.

Earl Quinn Peeper, MD, President of the National Board of Directors of the English-Speaking Union

He is also a classically trained pianist, having performed in concerts around the world including twice at New York's Carnegie Hall.

Dr. Peeper is also a generous donor to a number of causes. Hr sits on the Boards of the New Orleans Opera Association and The Pirate's Alley William Faulkner Society and is a member of The Most Venerable Order of St. John of Jerusalem, the Shakespeare Society of New Orleans and the Jane Austen Society of North America among a host of other associations.

He is a long-time activist and supporter of the ESU. He was elected President in 2014 after having served as President of its New Orleans Branch.  As President, he is leading the organization's fundraising efforts and provides guidance to its educational programs and charitable activities.

Dr. Peeper and his husband, Mr. Michael Harold, are major ESU benefactors, who in addition to their generous annual donations have made several major contributions that leveraged the largest grant ESU has ever received to inaugurate the Andrew Romay New Immigrant Center.

In recognition of his contributions to promoting U.S. – British relations, Dr. Quinn Peeper was named Honorary British Consul for Louisiana. 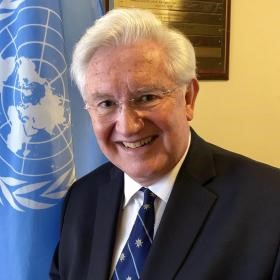 H.E. Dr. Beresford-Hill, born in Dublin, Ireland, is a distinguished international educator who holds postgraduate degrees from both Oxford University, UK, and Columbia University in New York.  He has enjoyed faculty appointments at both institutions.

He is currently Ambassador of the Permanent Observer Mission of the Sovereign Order of Malta to the United Nations and also leads the Mountbatten Institute, a business school which specializes in international training and internships.  He was previously Headmaster of the Anglo-American International School in New York, and also served as Principal of the Bangkok Patana School, the British International School in Thailand.

While at Oxford he was a Research Associate in the Department of Education and Senior Member of Wadham College.  Ambassador Beresford-Hill is currently a Visiting Professor in the School of Business at St. Mary's University, London, UK.  He is a trustee of the Lehman College Foundation, part of the City University of New York, and served as Chairman of the Foundation of Mary Immaculate College,  Limerick, Ireland from 2010-2015.

Dr. Beresford-Hill was elected Chairman of the English-Speaking Union in 2015, following in the footsteps of past ESU chairmen including President of the United States Dwight D. Eisenhower; Secretary of State Edward R. Stettinius, Jr.; Attorney General George W. Wickersham; Supreme Allied Commander in Europe General Alfred M. Gruenther; Congresswoman the Hon. Patricia Scott Schroeder, JD; Security and Exchange Commission Chairman J. Sinclair Armstrong; former President of Yale and US Ambassador to the Court of St. James's Kingman Brewster; as well as six other ambassadors to the UK, one to Canada and one to Turkey.

In 2018 Dr. Beresford-Hill was honored by Queen Elizabeth with an appointment as honorary Commander of the British Empire (CBE) for his contribution to international education and British-American cultural relations. 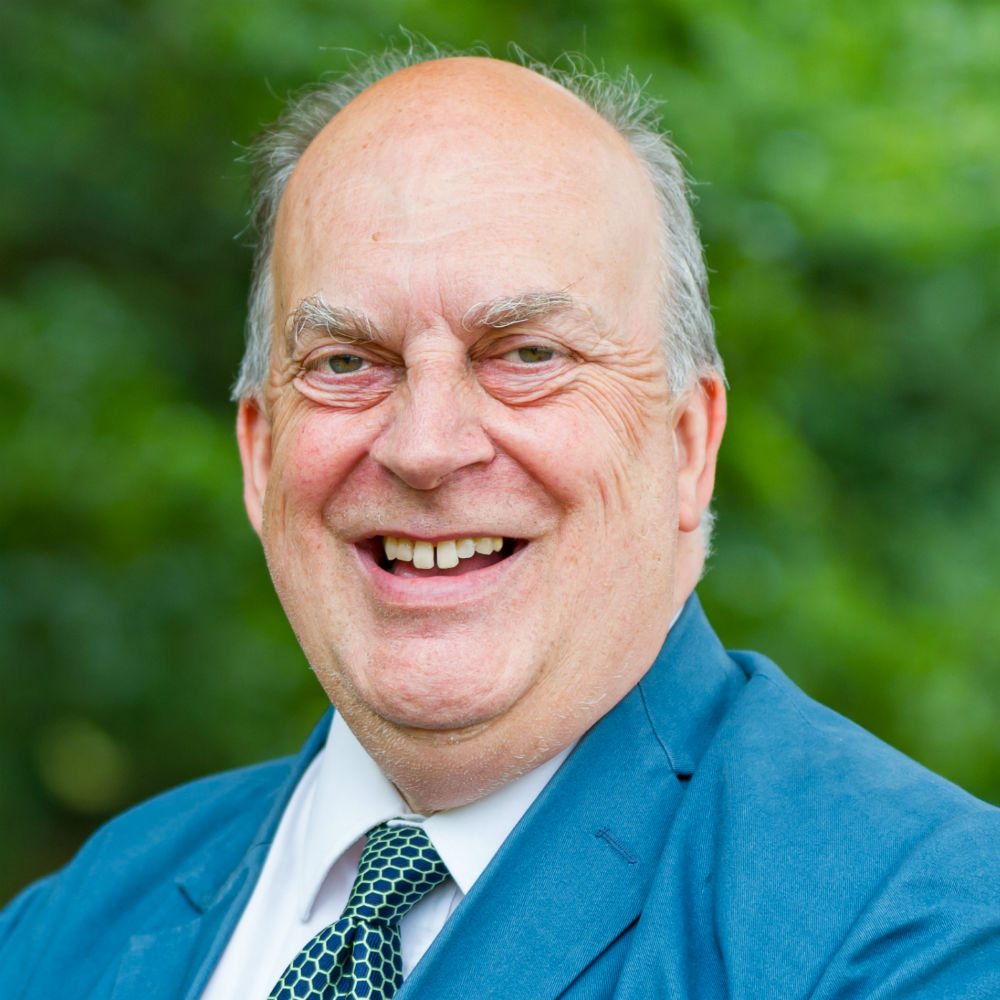 Professor James Raven LittD FBA FSA was the Chairman of the Board of Trustees of the English-Speaking Union of the Commonwealth from 2019-2021 and is currently serving as Deputy Chairman. He is a Fellow of Magdalene College, Cambridge, and Professor of History at the University of Essex. As a writer, academic and broadcaster specializing in literary culture, an internationally recognized authority in the history of the book, and a past and present Fellow of two Cambridge and one Oxford colleges, Professor Raven has a longstanding involvement in promoting international educational, scholarship and partnership schemes and membership engagement.

Professor Raven has been a member of the ESU since 1977, when he took up the first of two US-UK ESU visiting fellowships, later serving on various regional, national and international ESU committees and as a visitor to numerous US and UK ESU branches. 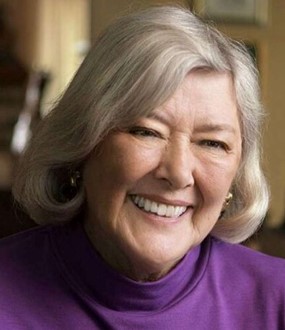 Hon. Pat Schroeder was a U.S. Representative from Colorado from 1973 to 1996. Born in Portland, Multnomah County, OR., she graduated from Roosevelt High School, Des Moines, Iowa, 1958; and earned a B.A. from University of Minnesota in 1961; and a J.D. from Harvard Law School in 1964. She practiced as a lawyer in private practice and then served on the National Labor Relations Board from 1964 to1966. She also worked as a teacher from 1969-1972 and was elected as a Democrat to the Ninety–third and to the eleven succeeding Congresses (January 3, 1973–January 3, 1997). During her tenure in Congress she serves as chair, Select Committee on Children, Youth and Families (One Hundred Second and One Hundred Third Congresses). She did not run for reelection to the One Hundred Fifth Congress in 1996.

Pat Schroeder began her 24-year career in Congress as a mother with two young children and evolved into a national leader determined to use her elected position as an advocate for women and families. A tireless supporter of women's rights, she went from winning a spot on the Armed Services Committee—despite the chairman's objections—to leading the Congresswomen's Caucus.

She served as the Chair of the National Board of Directors of the English-Speaking Union from 2009 to 2013 succeeding Mr. William R. Miller CBE.

Miles Young, Chairman of the Board of Trustees of the English-Speaking Union of the Commonwealth. 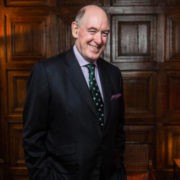 Miles Young who participated in the ESU's Public Speaking Competition as a schoolboy, was elected Chairman of the Board of Trustees of the English-Speaking Union of the Commonwealth in 2020. Mr. Young began his career in advertising, progressing to become Chair and CEO of Ogilvy & Mather, a leading global communications network. More than half of his working life has been spent outside of the UK, in China, and then in North America. He returned to the UK in 2016 to take up his current post as Warden of New College, Oxford, his alma mater.

He is a passionate advocate of listening and speaking skills and is keen to ensure that the most disadvantaged in our society have access to the experience and training that the ESU uniquely offers.