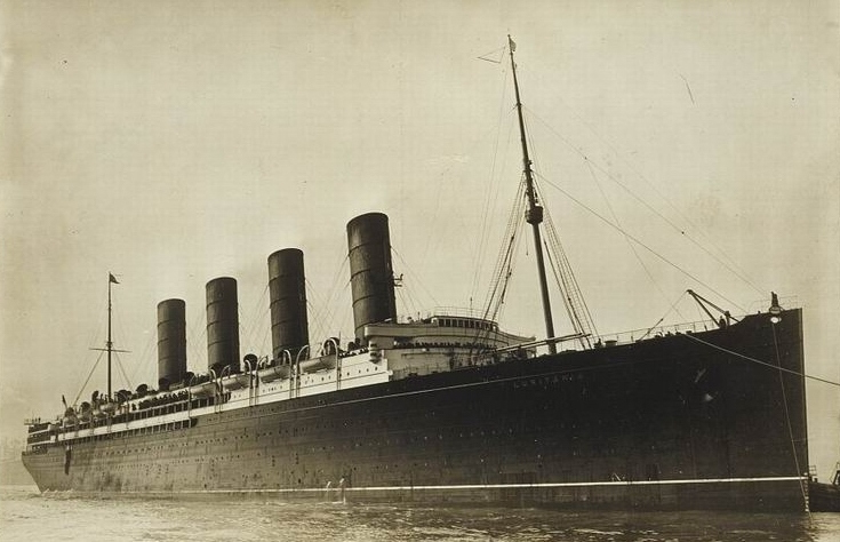 Lusitania was the pride of Cunard's fleet when she entered service in 1907, the first of three great four-funnel liners built for the company.  She was to become the fastest and most luxurious ship on the cross-Atlantic crossing and was popular with British and American passengers because of her speed and life-style onboard.

However, her last voyage from New York to Liverpool in May 1915 is a story of tragic loss, deception and possible conspiracy.  The talk follows the circumstances and mystery surrounding that fatal crossing.  As well as considering those circumstances and Cunard's decision to sail her despite warnings, we shall follow the fate of a number of British and eminent American passengers.

James Stebbings has had a life-long love of the theatre, especially the musical theatre and the world of drama and theatrical entertainment, participating whenever he has had the opportunity. After his retirement he moved to Norfolk in the East of England where he has been able to give his time to the subject he loves. This includes organizing music festivals, managing and representing some professional performers, creating and performing in historical enactments for a local museum and performing in a musical duo.

For his signature cocktail, Mr. Stebbings will be having the Peter Pan Cocktail