Serena Newberry recently completed a semester at Goldsmith's University, London.  Read below for her final blog post of the year, along with some photos of her travels.

In the five months of my European study abroad experience, I learned a great deal about literature, foreign countries, the various cultures of people I befriended, and my ability to adjust to new environments. I can happily state that the main reason my experience was so wonderful is because nearly all of my expectations were incorrect. I presumed that the classes would be structured similarly to the ones at my home university and that I'd quickly be able to find an internship that allowed me to learn firsthand about England's educational system. I was wrong on both accounts.

My classes at Goldsmiths University were scheduled as lectures with a large number of students followed by a more intimate seminar. Each of my main courses met once a week and I enjoyed all of them. The lecturers were passionate about the subject material and provided the class with information to continue learning outside our textbooks. I visited the homes of Romantic poets after discussing their work in class and saw one of my professor's favorite Shakespearean dramas performed at the Globe Theatre with a friend. I never thought that I could enjoy standing for two and a half hours so much, but it was amazing. The actors and actresses were a small crew of six playing twice as many roles for the comedy Twelfth Night, and the way they inverted gender roles and involved the audience was captivating. I was also enthralled by the parallels between Britain and America that I learned of in my education course on culture and identity. Along with a strong distaste for the current United States' president, I was informed by my classmates and professor of international crises in citizenship, education, and job security among other subjects. Job security was an especially prevalent topic since professors were on strike for several weeks due to an unfair change in contract that lessens their retirement funds. As a future educator and someone determined to one day use legislation to protect teachers and high-need school districts, the protests were a very difficult time for me. I wanted to stand with the teachers, but also not inhibit this once-in-a-lifetime opportunity to study in a foreign country. After reaching out to friends and family, I still experienced several days of inner turmoil. Finally, I decided to attend classes that remained available, and study individually from my dorm room or the library for classes that were canceled or where the professor specifically asked for support. I feel that I made the correct decision, because the time I spent in class was invaluable and I did my best to support my principles without sacrificing my education. 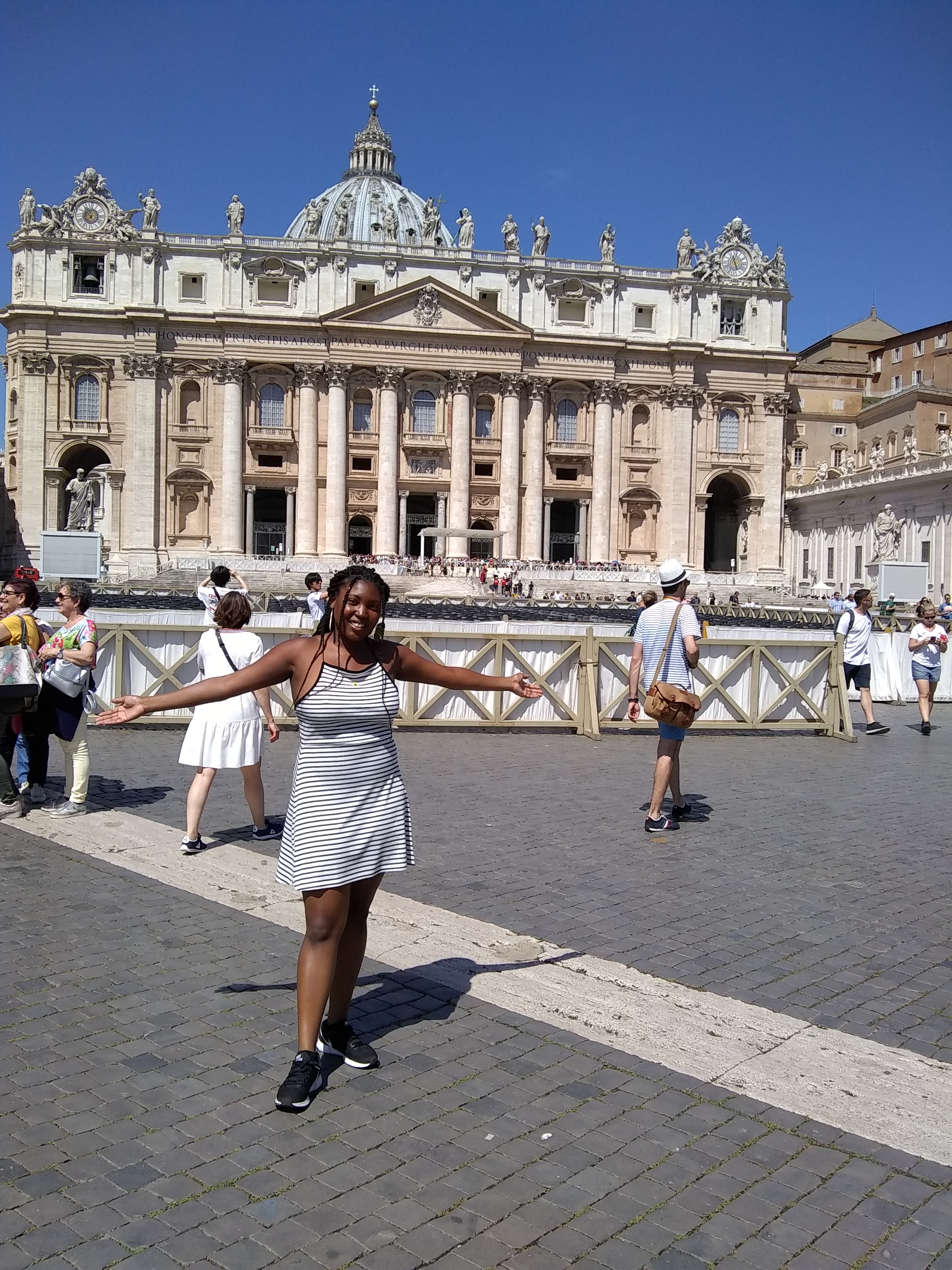 My experiences abroad were also elevated by the children's program I volunteered with, the Dragon Hall After School Club. Participants ranged from ages 7-13 and the youth were from countries all over Europe. I had a great time getting to know their different personalities and teaching them various American games. Being with these young people not only brightened my day, but also gave me a better understanding of London's educational system. Only taking into account the two schools that participants came from, I find London's school system much more organized than the America's, because the classrooms are less crowded and students are given more responsibility. Fifth-graders were doing the work that American eighth-graders receive. Working with this program gave me many ideas on how to creatively teach literature to my future students once I become a teacher and for my non-profit organization's summer program. I am still in touch with my co-workers and the program director in London, and I hope to visit them again someday. 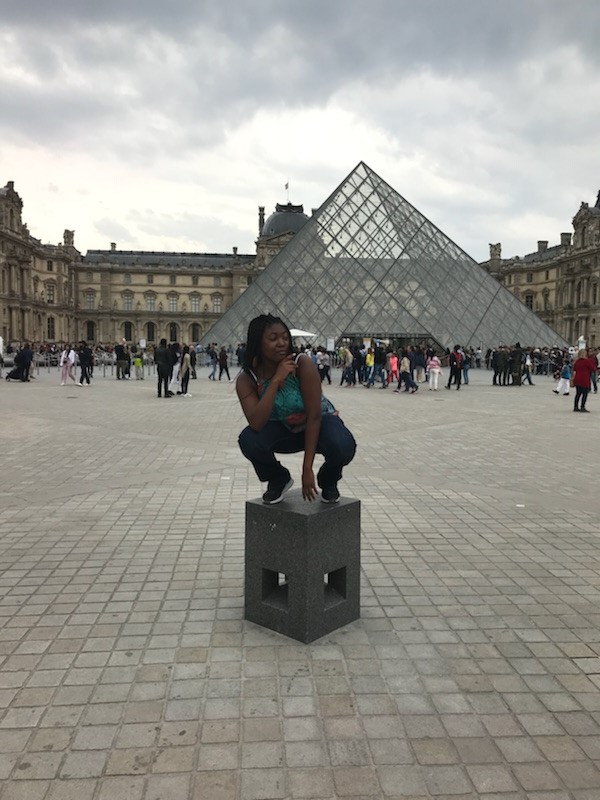 Lastly, the Luard Morse scholarship has provided me with the opportunity to travel to many famous European cities. The first place I visited outside of London was a trip to Barcelona with one of the friends I made during orientation. The architecture in Barcelona is colorful and beautifully crafted. I tasted many Spanish dishes, like paella, and used the native language as much as possible. I even had the opportunity to use Mandarin, which I also studied in London, when asking a couple if they needed help taking a picture. The Chinese man and woman were happily shocked and took pictures of my friend and myself in return. I must admit, after taking in so much beauty and sunshine, it was hard to return to London, because the city was still experiencing heavy rain. The next city I visited was Amsterdam, where another friend and I visited the Van Gogh Museum and took pictures near the canals and in local parks. We then took a bus to Brussels, where we enjoyed authentic Belgian waffles. It truly felt as if God must have reached down and touched these waffles, because they were just that fluffy and flavorful. We also visited tourist spots and strolled through local markets. After Brussels, we took another bus to Paris, where we spent a day in Disneyland and other days touring places that I thought I'd only ever see in movies. I truly cannot express what it means to me to have visited the Louvre, the Eiffel Tower, and the Sacred Heart Church. My favorite trip of them all though was Rome. I stayed at an Airbnb five minutes away from Vatican City and walked as far as my feet would take me from sunup to sundown. Although my Italian is not very good, I felt embraced by Rome as I walked through the parks and took pictures with iconic places such as Trevi Fountain and the Colosseum. For the rest of my life, whenever I feel upset, I can close my eyes and return to the steps of the Vatican, where I sat for almost an hour in disbelief, taking in everything and simply watching life go by. 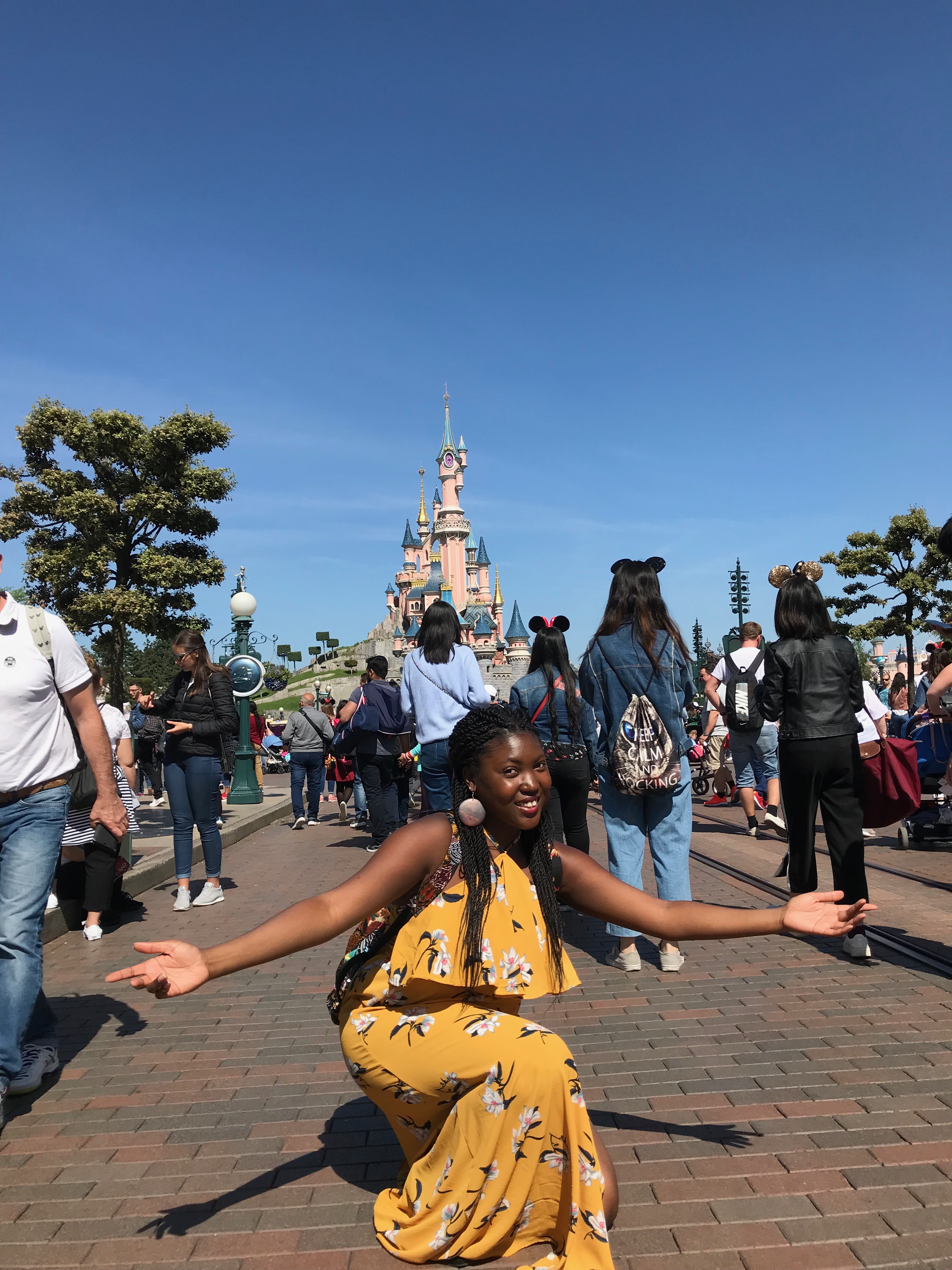 Since returning home, I was recently asked to give a speech at my church to the 2018 graduates moving on to high school and college. The program directors wanted me to speak about my travels and how I had the opportunity to visit so many places. This was a great honor, because the members of my church have seen the progression from my family struggling after my father's death and my mother's hospitalization to the triumphs I reached when making my own steps to higher education. It brought me unimaginable joy when the young graduates, just a few years younger than myself, approached me afterwards to say "I just want you to know, I was listening." I am filled with pride and determination to do more every time my younger brother, who will be attending high school in the fall, says that he wants to see the places I tell him about. This scholarship goes so far beyond helping myself, inspiring people who I don't even speak with. Just the other day, my mother said that one of her friends regularly asks for pictures of me because her friend has a young daughter, who is also African American, that has been getting bullied at school because of her complexion. Yet this woman's daughter lights up when she sees pictures of me, because she thinks I'm beautiful and could not believe that a young, black woman could travel the world. I almost cried when my mother told me this, out of sadness because of this little girl's pain, and out of joy because my mere existence makes her feel better. These are only a few instances of how the English-Speaking Union has benefited my life and touched others as well.  I plan to use the knowledge I gained overseas to change the education system in my hometown of Detroit by teaching literature and through legislation, and whenever the opportunity arises, I will continue to inspire young people to achieve goals that once seemed impossible.