The past four months have been so amazing, that it took me two days simply to decide where to begin on this mid-term report. Given that the main purpose of studying abroad is to learn, I will begin with my classes. I read many plays for my Shakespeare course. The professor was very passionate about the material, and our class took a trip to the Shakespeare Globe Theatre. I am going back to see the play Much Ado About Nothing in a few weeks. I was also able to take my learning outside of the classroom for my Sensibility & Romanticism course. After discussing the poems of John Keats, I visited the poet's home in Hampstead Heath. 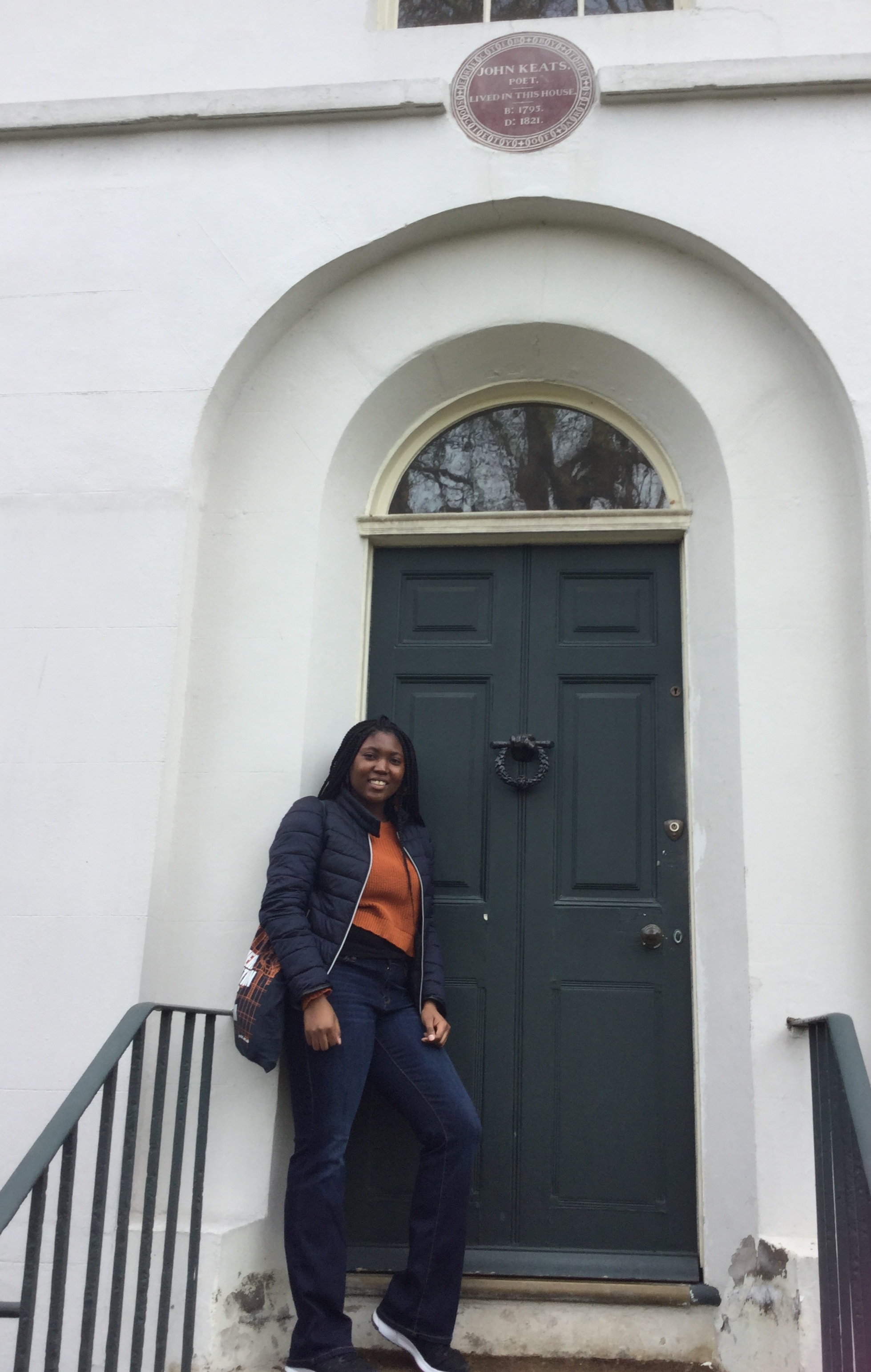 This may seem uninteresting, but I had a wonderful time. I gave the small group of people I was visiting with a brief introduction on Keats' life as we waited in line for our tickets and co-guided our tour through the house. My Romanticism class also discussed Jane Austen and her novel Mansfield Park. I had the opportunity to visit the Jane Austen Centre in the city of Bath after visiting Stonehenge and the Roman Baths. My friends and I tried on early 19th century clothing and took pictures with a wax likeness of Mr. Darcy from Austen's Pride and Prejudice. The trip was definitely worth the six hours I spent on the bus that day. 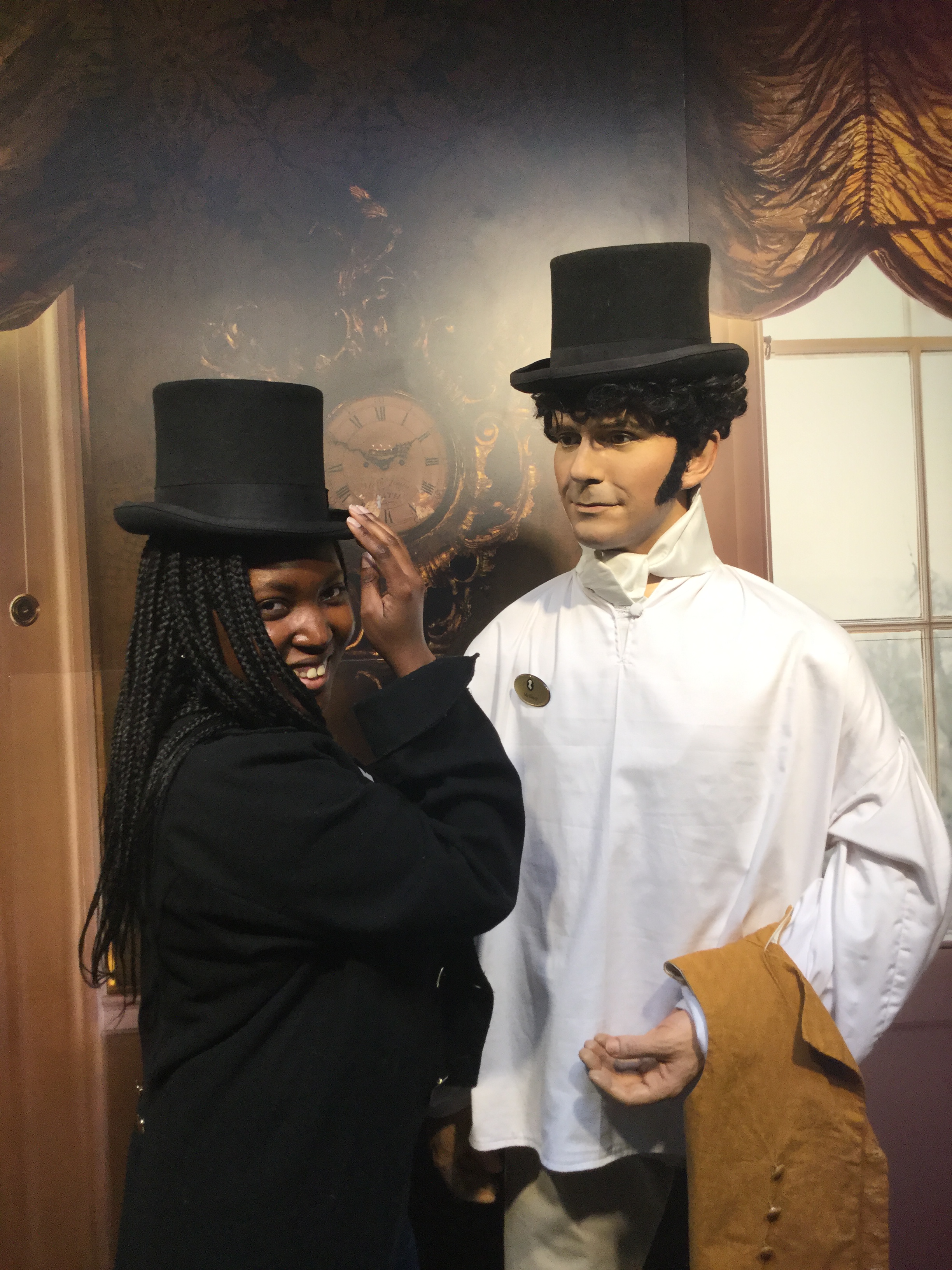 I've had some great experiences for my Chinese class as well. Although I registered for Lower-Intermediate Mandarin, I was moved up to Intermediate Mandarin immediately after taking an assessment. My professor and I were the only ones in the class, but we had a great time discussing Chinese literature and history and reviewing new colloquial words. She invited me to several events, even going so far as to purchase me tickets to the largest Chinese New Year celebration in the United Kingdom at the O2, and tickets to the Chinese Bridge Proficiency Competition that I participated in my freshman and sophomore year of college back in the United States. Also, in between classes and traveling, I completed my certification for Teaching English as a Foreign Language (TEFL), so I am now qualified to fulfill my dream of teaching English in China for one year after I graduate. 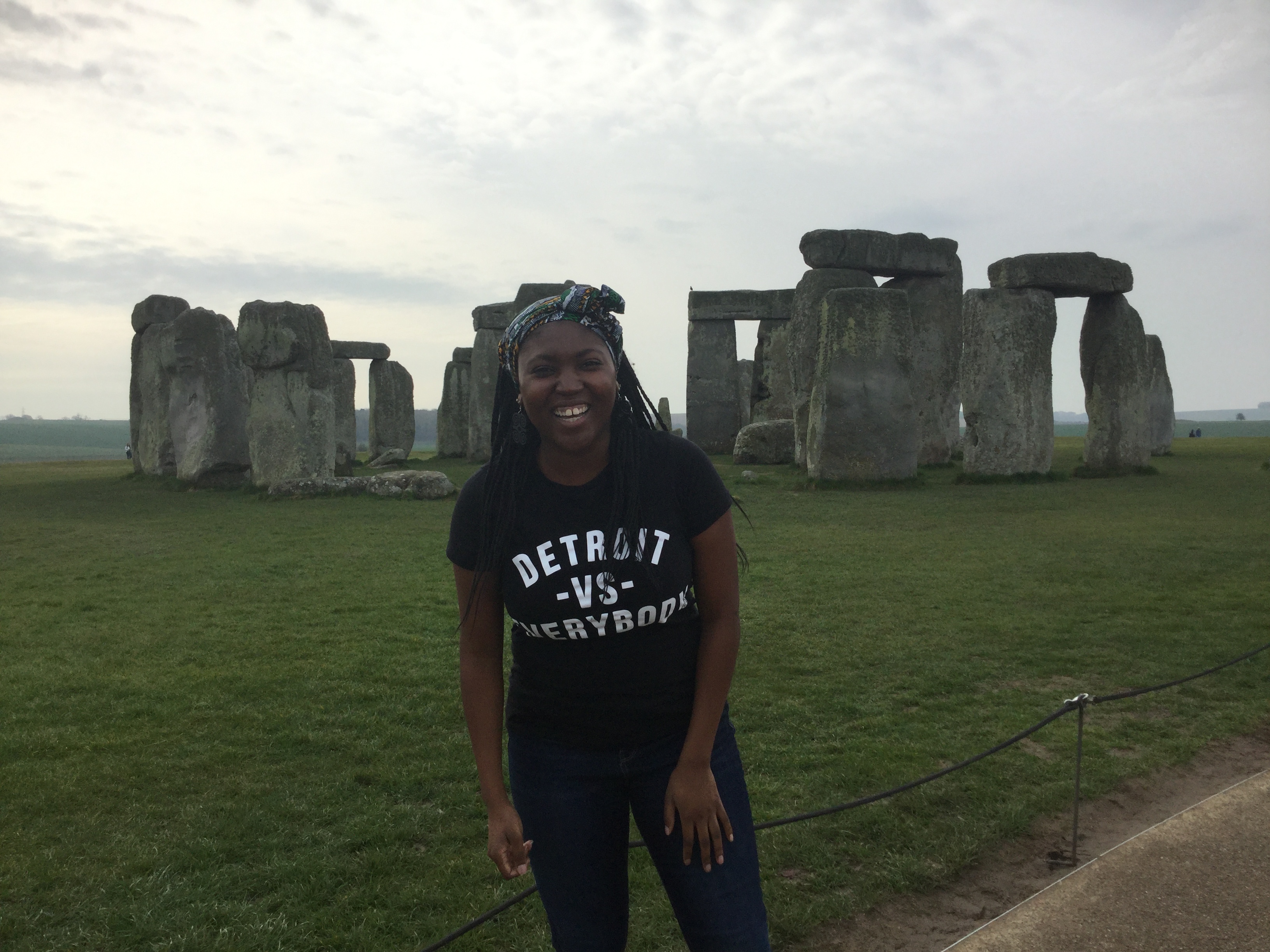 I've met so many amazing people from various countries and tried to sightsee as much as possible. While touring local museums, I've visited the National Gallery (where I saw famous paintings by artists such as Monet and van Gogh, which I never thought I'd see), The Royal Observatory, and several markets across the city.  Through Arcadia University, I visited Windsor Castle, the Tower of London and Tower Bridge, and Oxford University. The Arcadia program also helped me to find volunteer opportunities. Just last week, I assisted with a tea party for the elderly. The other volunteers and I made sandwiches, served food and beverages, danced and sang with the guests, and at the end, wiped down tables and stacked chairs along with several other responsibilities. I also found an after-school program to volunteer with, which is providing me with many new ideas to use for my own summer program.  I am so happy I've found a way to contribute to the community in my free time before returning home. 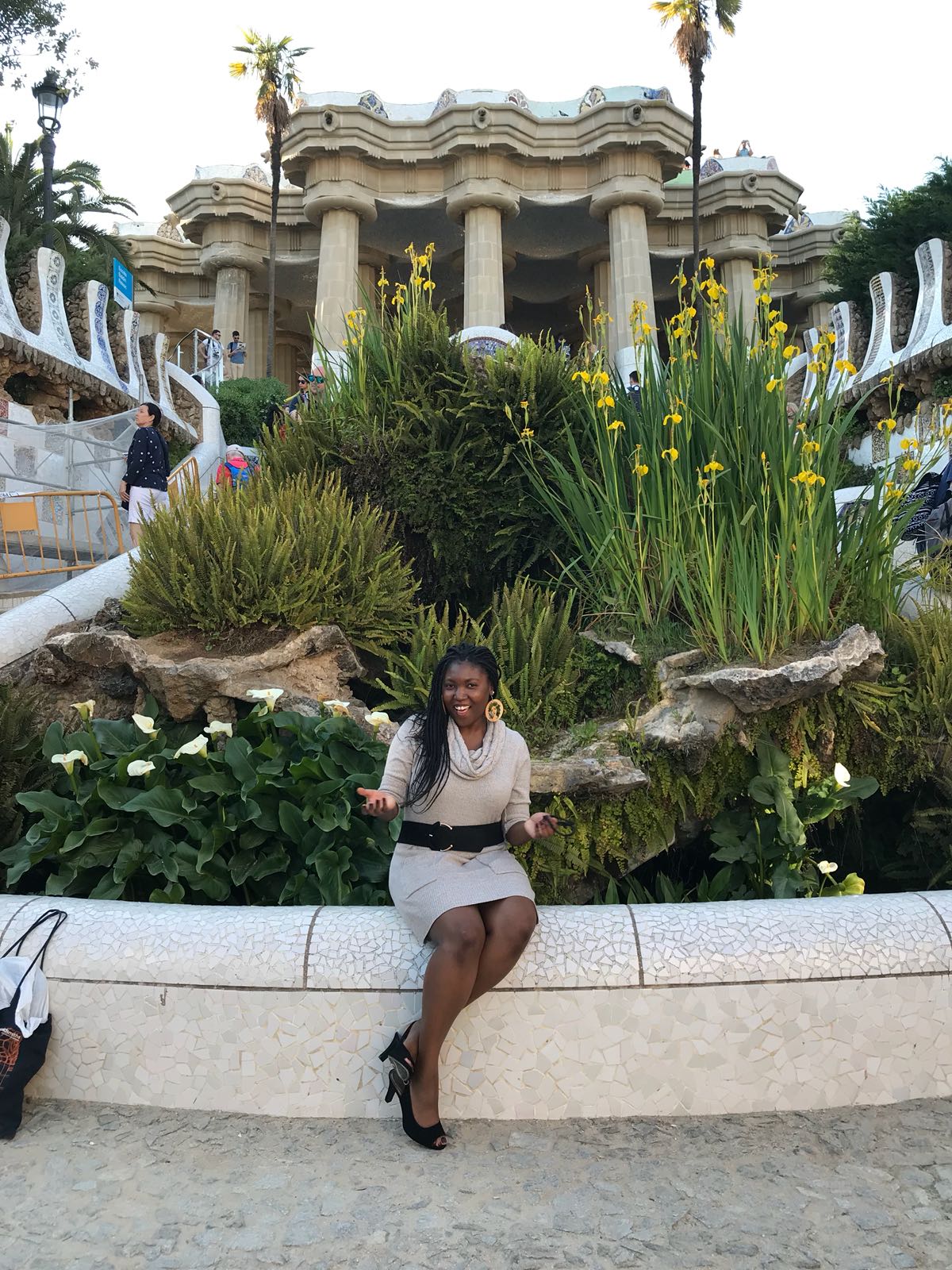 During my final weeks in Europe, as I wrap up my final essays and exams, I will be traveling internationally. I've just returned to London after traveling with a friend in Barcelona for a few days. The country is breathtakingly beautiful, my Spanish improved exponentially, and I even had the chance to use Mandarin. I am so incredibly grateful for everything that helped get me to where I am, and I cannot wait to share my experiences with those back home. Back in middle school, I used to get excited when my class went into the suburban city north of Detroit for band concerts. I cannot believe how much has changed in less than ten years, and I hope to show others just how much the world has to offer, as this scholarship has done for me.